The Need for Cognitive Closure in Dealing with Doubts 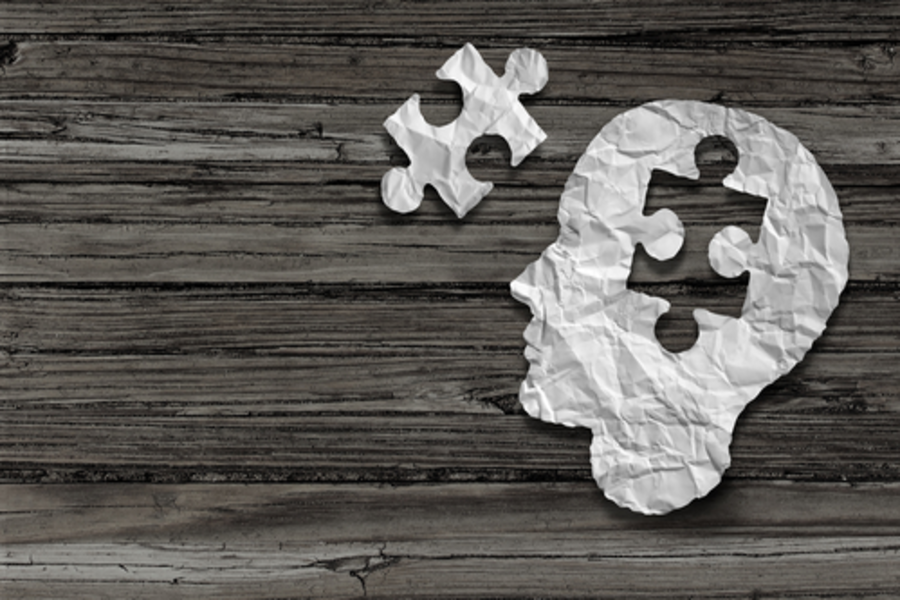 Over the years in my work as a public apologist, I have spoken with many dozens of ex-Christians who have renounced their faith and become atheists, as well as numerous individuals who still consider themselves believers but nonetheless are struggling seriously with intellectual doubts concerning the veracity of the Christian faith. In addition, I have watched literally hundreds of YouTube videos wherein a testimony is given of one’s journey out of the Christian faith towards atheism. Through listening to countless people in this situation, I have come to realize how difficult it is for believers to express to members of their church or Christian community that they are struggling with doubts (presumably because to express that one struggles with doubt carries a negative stigma in many churches today). God has therefore placed a burden on my heart for Christians who wrestle with doubts, and I have for several years offered a free service for Christians who wrestle with intellectual doubts. There is a form on my website people can fill out and I endeavor to set up a meeting (normally online) with them to discuss their doubts in confidence.

One of the things I try to do when counselling someone who is walking through doubt is to help them to develop a protocol for managing doubt in an intellectually responsible way and to make them aware of intellectual pitfalls that can ensnare the unwary. In this and future articles, I want to unpack some of those common pitfalls.

There is a phenomenon in psychology, which can be an impediment to sound critical thinking. That is, the need for cognitive closure. Wikipedia defines it this way:

Closure or need for closure (NFC) (used interchangeably with need for cognitive closure (NFCC)) are social psychological terms that describe an individual’s desire for a firm answer to a question and an aversion toward ambiguity. The term “need” denotes a motivated tendency to seek out information.

Different people have varying levels of tolerance for mystery and ambiguity. Individuals with a high need for cognitive closure are more prone to walk away from the Christian faith than individuals with a lower need. For some people, in order to be content within one’s worldview, satisfactory answers must exist to all possible questions and objections that might be raised against it.

However, it is important that we do not become to fixated on the objections to Christianity that we miss the forest for the trees, losing sight of the avalanche of positive confirmatory evidence that cumulatively demonstrates that Christianity is true. Because we have such robust reasons to think Christianity is true, we can justifiably say, “I don’t know why God permits so much suffering in the world. But I have enough reasons to believe in the God of the Bible and that he is good that I am willing to trust that there is some morally sufficient explanation for why there is so much suffering, even if I do not yet know what that explanation is.”

Indeed, the argument from evil, especially natural evil, has been wielded as a cumulative counter-case that competes with the case offered in confirmation of Christianity. However, an important point to bear in mind when dealing with this subject is that successive pieces of evidence are dependent rather than independent. To see this, suppose that we were to make a long list of specific cases of human and animal suffering for which we do not see any obvious purpose. Let us call them E1, E2, …, En. If we were to take one of them (say, E1) and ask how it affects the probabilities of theism (T) and atheism (~T), then we might say P(E1|~T)/P(E1|T) = k, where k >>1. For the sake of argument, let us suppose that k = 100. That is to say, the probability of E1 is 100 times greater given the falsehood of theism than given its being true. In order to make the cumulative case, we need to bring in additional pieces of evidence. But do they have the same epistemic force as the first one did? This is not at all clear. After all, if God were to have, however unexpectedly, some morally sufficient reason for permitting E1, then it is quite reasonable to expect that God might well have a similar reason for permitting E2, and so forth. The pieces of evidence are all fundamentally similar, all being instances of the suffering of conscious beings. But if God has a morally sufficient reason for one, that same justification may well also explain a host of other similar cases. Now contrast this to the cumulative case for the truth of theism and indeed Christianity. Not only is it extensive, but it is also varied in kind. It is therefore much more difficult to conceive of there being a single alternative explanation for a widely varied evidence that would all be expected if the hypothesis in question were true. It is for this reason that I submit that counter-evidence such as the problem of evil be considered not in isolation but within the broader context of the overall evidence taken as a whole.

Scientific theories often have evidence both supporting and conflicting with it. But anomalous data should not automatically overhaul a well supported theory, even if a satisfactory explanation of the anomalous data has not yet been proposed. Likewise, I would argue, the strength and varied nature of the positive evidence for Christianity should cause us to expect that explanations of the anomalous data, for which we do not yet have a satisfactory account within the framework of the Christian worldview, in fact exists — even though we do not yet know what that explanation is.

Similar to this case is that which may be called the Fallacy of objections; i.e. showing that there are objections against some plan, theory, or system, and thence inferring that it should be rejected; when that which ought to have been proved is, that there are more, or stronger objections, against the receiving than the rejecting of it. This is the main, and almost universal Fallacy of anti-christians; and is that of which a young Christian should be first and principally warned. They find numerous ‘objections’ against various parts of Scripture; to some of which no satisfactory answer can be given; and the incautious hearer is apt, while his attention is fixed on these, to forget that there are infinitely more, and stronger objections against the supposition, that the Christian Religion is of human origin; and that where we cannot answer all objections, we are bound, in reason and in candour, to adopt the hypothesis which labours under the least.

That the case is as I have stated, I am authorized to assume, from this circumstance,—that no complete and consistent account has ever been given of the manner in which the Christian Religion, supposing it a human contrivance, could have arisen and prevailed as it did. And yet this may obviously be demanded with the utmost fairness of those who deny its divine origin. The Religion exists; that is the phenomenon. Those who will not allow it to have come from God, are bound to solve the phenomenon on some other hypothesis less open to objections. They are not, indeed, called on to prove that it actually did arise in this or that way; but to suggest (consistently with acknowledged facts) some probable way in which it may have arisen, reconcilable with all the circumstances of the case. That infidels have never done this, though they have had 1800 years to try, amounts to a confession, that no such hypothesis can be devised, which will not be open to greater objections than lie against Christianity.

I recently received an email from someone who was struggling with doubt over the question of why God creates people whom He knows for sure will choose to reject Him and will therefore end up estranged from God’s favorable presence in the hereafter. This is a very good question, and I do not believe anyone really knows the answer since we lack complete information about the relationship between divine sovereignty, divine foreknowledge, and human free will, etc. However, if Christianity is true, we would not be expected to have answers to most questions like this. So the fact that we do not, in fact, have answers to such questions does not, I would argue, really count as a serious blow against Christianity. Note that saying we wouldn’t be expected to have answers is quite different from saying that the questions are unanswerable. That is why many Christians get drawn into a speculative response (i.e. “perhaps it is because…”). There is nothing wrong with such responses per se. But precisely because we do not know, we should not get too invested in such speculations. Nor should we treat their failure as signifying something grave.

Difficult questions about God’s sovereignty and salvation program must always be accompanied by a consideration of the plausibility that there is some answer to those questions that has not been disclosed to us, is beyond our finite ability to comprehend, or simply has not occurred to us. In other words, is it a problem that overhauls the vast confirmatory evidence for Christianity and thereby warrants rejection of the Christian faith, or is it a question with which we can live contentedly in the absence of an answer? An unanswered question is not the same thing as an epistemic warrant for rejection of Christianity.

The atheist so frequently assumes the high ground when it comes to epistemic humility. When pressed on where the Universe or life came from the atheist typically responds “I don’t know.” They are content with not knowing. Why, then, should the same luxury not be extended to the Christian when it comes to why God has done things this or that way? We need to be willing to accept an element of mystery when it comes to divine action. Unlike God, we do not have the box top, as it were, of the jig saw, which reveals how all of the pieces are meant to fit together. Therefore, we just ought to trust God that he knows what He is doing. As the Proverb states, “Trust in the Lord with all your heart, and do not lean on your own understanding. In all your ways acknowledge him, and he will make straight your paths,” (Proverbs 3:5-6).