The Noetic Effects of Sin and Apologetic Methodology 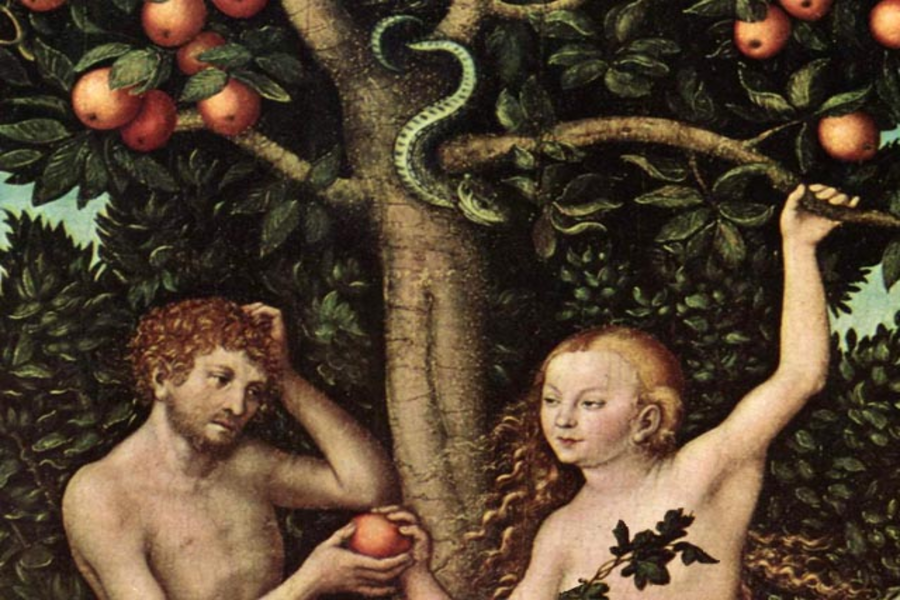 Proponents of the presuppositionalist school of apologetics typically stress the vitality of reckoning with the noetic effects of sin — that is, the effect of the fall upon the mind (from the Greek word for mind, νους). Van Tilians argue that sin has corrupted man’s ability to properly comprehend the things of God and understand spiritual things. In particular, sin is understood to have impacted our ability to reason and think rationally, especially in relation to God. Of the apologetic systems, the noetic effects of sin is emphasized only by presuppositionalists. Cornelius Van Til gives the following analogy to illustrate what he means by the noetic effects of sin [1]:

The intellect of fallen man may…be compared to a buzz-saw that is sharp and shining, ready to cut the boards that come to it. Let us say that a carpenter wishes to cut fifty boards for the purpose of laying the floor of a house. He has marked his boards. He has set his saw. He begins at one end of the mark on the board. But he does not know that his seven-year-old son has tampered with the saw and changed its set. The result is that every board he saws is cut slantwise and thus unusable because too short except at the point where the saw first made its contact with the wood. As long as the set of the saw is not changed the result will always be the same. So also whenever the teachings of Christianity are presented to the natural man they will be cut according to the set of sinful human personality.

I would argue, however, that while the imago dei is effaced by human sin, it is not erased. I do not believe that sin renders us totally incapable of rational thought. To the contrary, as the late classical apologist R.C. Sproul points out, “The best pagan thinkers can still spot errors of logic without being born again. You don’t have to be regenerate in order to get a Ph.D. in mathematics.” [2] Indeed, the suppression described in Romans 1:18-20 is, I would suggest, a voluntary one, though one lapsed into easily enough (due perhaps to ordinary cognitive biases). That is why Paul can describe the unbeliever as being without excuse – he could do better if he tried, but he does not. Thus, in the relevant sense in which presuppositionalists have in mind, I am not convinced that there is such a thing as the noetic effects of sin.

Indeed, unbelievers are often able to form true beliefs by means of valid argumentation, as well as accurately synthesize information to attain a breadth of insight about the world. In fact, Scripture itself defends its own authority by appeal to evidence and logical argument, presumably to an intended audience of redeemed minds as well as those enslaved by sin. Those include appeals to natural revelation (e.g. Psalm 19:1; Romans 1:20), and predictive prophecy (e.g. Isaiah 41:21-24).

Moreover, Romans 1:19-20 indicates that what can be known about God from general revelation is “plain to them, because God has shown it to them” and that God’s attributes “have been clearly perceived, ever since the creation of the world, in the things that have been made” such that “they are without excuse.” Clearly, then, God intends natural revelation to serve as evidence concerning His existence, nature and attributes, such that men are rendered ἀναπολόγητος (literally, “without an apologetic”).

Furthermore, even if we grant that there is such a thing the noetic effects of sin (in the relevant sense), it would surely hinder not only our ability to interpret natural revelation, but special revelation as well. Indeed, it would even presumably hinder our ability to properly understand, and be persuaded by, the presuppositionalist’s case for Christianity just as much as it would the evidentialist’s or classical apologist’s case. Therefore, it is hard to see how it can be used to distinguish between apologetic methodologies.

Greg Bahnsen writes concerning the unbeliever’s wilful suppression of the evidence presented to him [3],

[t]here is a clear antithesis between the thinking and presuppositions of the Christian and those of the non-Christian. By refusing to submit to the Word of Christ in his reasoning endeavors the unbeliever’s mind has become alienated from the truth and steeped in foolishness; his intellectual incapacitation, though not recognized by other unbelievers, is dramatic.

What is Bahnsen’s remedy to this predicament? He continues [4],

It should be clear from these observations, then, that the apologist must presuppose the truth of Scripture and argue from this basis. He would be mistaken to assume the validity of agnostic or unbelieving premises, methods, or standards and use them to forge a defense of God’s Word. The apologist must take the Word of Christ to be the necessary foundation for philosophy or argument of any kind; thereby he can challenge his opponent’s very principles and position.

However, it hardly seems that the proper remedy of man’s willful suppression of the truth is overcome by presentation of argumentation that is predicated on clear logical blunders including begging the question and multiple fallacies of equivocation. I believe that God has left sufficient evidence such that any person who is both fully informed and doing his best to be as objective as possible with his interpretation of the evidence will, in the long run, come to find Christianity to be true and well supported. I can agree that the Holy Spirit is needed to soften the heart and prepare it to be receptive to the evidence that is presented to the unbeliever. However, it does not follow from this that we should not present the unbeliever with the evidence of the gospel and appeal to his powers of reason that God gave him, nor does it follow that we should utilize argumentation that does not follow the principles of logic.

Finally, one yet further problem with the argument that the presuppositionalist system should be preferred in view of the noetic effects of sin is that the source from which our understanding of the noetic effects of sin is derived is special revelation. But on what basis do we repose confidence in Scripture as an authoritative source of truth? Indeed, only on the basis of the evidence can we rationally say that God has revealed Himself in Scripture. We cannot simply assume Scripture to be authoritative without demonstration, lest we be guilty of circular reasoning.

To conclude, while it is true that man actively suppresses the truth about God in unrighteousness, it does not follow from this point alone that the Christian ought to prefer one apologetic system over another.

[1] Cornelius Van Til, The Defense of the Faith, 1st edition (Philadelphia: The Presbyterian and Reformed Publishing Company, 1955), 97.

4 thoughts on “The Noetic Effects of Sin and Apologetic Methodology”