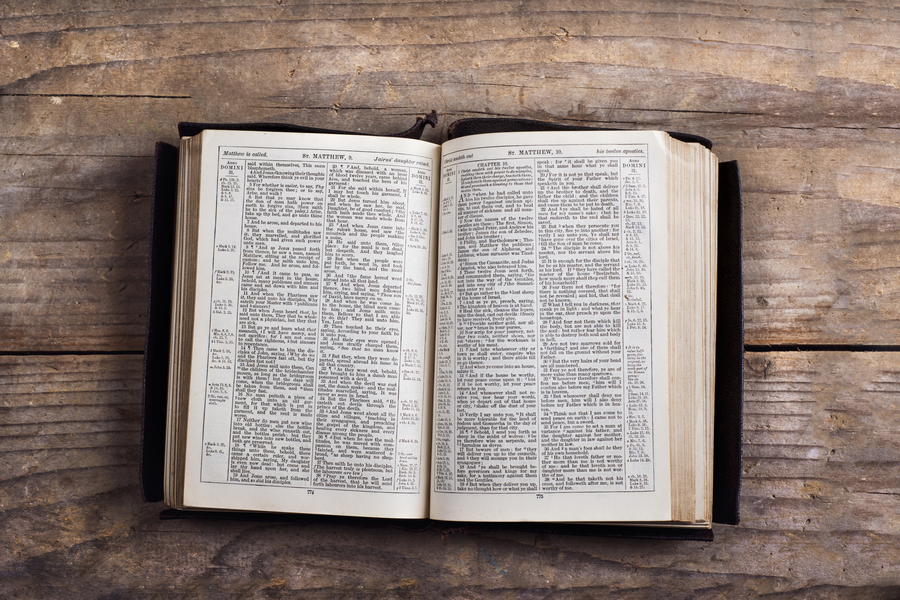 In part 1 of this series, I discussed in some detail an example of fulfilled prophecy — that is, the oracle against Tyre in Ezekiel 26 — and offered responses to popular objections. I concluded by arguing that we as Christian apologists ought to be more modest and reserved in our stated level of confidence in our interpretation of the prophetic text. Even with a low confidence in our interpretation the prophecy can still carry evidential value. For example, as stated in the previous article, if we assume a probability of our interpretation of only 0.1 (that is, 10%) but the probability of the fulfillment — in the case of Ezekiel 26, the dumping of the rubble of Tyre into the sea) by mere coincidence is 0.001 (that is, 1 in 1000), that still yields us a Bayes Factor of 100, meaning that the observed evidence is 100 times more likely on the hypothesis of inspiration than on its falsehood. The same principle, I would argue, can also be applied to other prophecies with specific fulfillments, such as Daniel’s 70 week prophecy wherein Daniel predicts with astonishing accuracy the timing of the revealing of the Messiah. Although there are assumptions involved in the calculation (which I grant are reasonable assumptions), I think it wise that we as apologists exercise modestly in our stated level of confidence in our interpretation. This, I think, can open the way for a more robust cumulative argument for divine inspiration based upon prophetic fulfillment.

In this article, I want to address a few examples of alleged failed prophecies in the Bible. The intention is not that this be an exhaustive treatment of the subject, but instead I want to consider a couple of examples and discuss how I think these can be accounted for in our context of the cumulative argument from prophecy. My goal here is to underscore the principle rather than deal exhaustively with all of the examples that have been raised. In future articles, I may develop a systematic case from prophecy taking all of the relevant data (both positive and negative) into account.

An oracle concerning Egypt. Behold, the Lord is riding on a swift cloud and comes to Egypt; and the idols of Egypt will tremble at his presence, and the heart of the Egyptians will melt within them. 2 And I will stir up Egyptians against Egyptians, and they will fight, each against another and each against his neighbor, city against city, kingdom against kingdom; 3 and the spirit of the Egyptians within them will be emptied out, and I will confound their counsel; and they will inquire of the idols and the sorcerers, and the mediums and the necromancers; 4 and I will give over the Egyptians into the hand of a hard master, and a fierce king will rule over them, declares the Lord God of hosts. 5 And the waters of the sea will be dried up, and the river will be dry and parched, 6 and its canals will become foul, and the branches of Egypt’s Nile will diminish and dry up, reeds and rushes will rot away. 7 There will be bare places by the Nile, on the brink of the Nile, and all that is sown by the Nile will be parched, will be driven away, and will be no more. 8 The fishermen will mourn and lament, all who cast a hook in the Nile; and they will languish who spread nets on the water.

This text indicates that the Nile of Egypt will dry up. Critics argue that, since this has never happened in recorded history, this is a false prophecy. Are there any alternative interpretations of this text that are plausible? Alec J. Motyer, in his classic commentary on the book of Isaiah provides the following interpretation [1]:

The Nile is referred to by name five times and by a synonym four times. Repetitiveness is a stylistic feature of this poem. The Nile was the basis of Egypt’s proverbial productivity. The drying up of the Nile (5) is a figurative description of coming economic decay—such a decay as would make one wonder if the Nile had gone!

Isaiah is known to use symbolic (non-literal) imagery elsewhere. For example, he speaks of the nations in the last days beating their swords into plowshares  (Isaiah 2:4), which is a symbolic way of describing the nations laying down their arms. He uses another image to describe this in Isaiah 11:6-9 where he speaks of the wolf dwelling with the lamb, the leopard lying down with the goat, etc. So it is not at all implausible that symbolic language is being employed here as well.

A similar prophecy concerning Egypt can be found in Ezekiel 30:10-12:

10 “Thus says the Lord God: “I will put an end to the wealth of Egypt, by the hand of Nebuchadnezzar king of Babylon. 11 He and his people with him, the most ruthless of nations, shall be brought in to destroy the land, and they shall draw their swords against Egypt and fill the land with the slain. 12 And I will dry up the Nile and will sell the land into the hand of evildoers; I will bring desolation upon the land and everything in it, by the hand of foreigners; I am the Lord; I have spoken.

This text likewise speaks about the Nile of Egypt being caused to dry up. This text also has another difficulty, and that is that, while there are indeed sources that indicate that at least some of the Nile delta was invaded by Babylon, they did not by any means fully conquer Egypt. One possible way of interpreting this text, however, is that Babylon, led by Nebuchadnezzar, was the initial agent of the decline of Egypt, hence the mention of Babylon in Ezekiel’s prophecy. Observe too that there is no further mention of Nebuchadnezzar past verse 11, which allows for the possibility that what is spoken of in verse 12 is an event to take place after Nebuchadnezzar’s invasion.

Offering alternative interpretations of the above texts that do not result in a failed prophecy leaves us vulnerable to the charge that we are cherry picking when to take the prophecy literally and when to take it less literally. Surely, the critic might say, if the debris of Tyre had not literally been cast into the sea, as per the oracle in Ezekiel 26 (discussed in the previous article) we might be suggesting that the prophet was using figurative, non-literal, language, to describe God’s judgment on Tyre. That of course is part of the reason why I insisted on providing only a modest estimate of our confidence in the offered interpretation. But how would I respond to the charge of cherry-picking? In response to this objection, I would appeal to the principle of what I call epistemic asymmetry. In a nut shell, specific fulfillment of prophecy is strong evidence for inspiration, but apparently failed fulfillment (where plausible alternative interpretations exist) is only comparatively weak evidence against inspiration.

Take the example of successful prophecy, given in the previous article, of Ezekiel’s oracle against Tyre in Ezekiel 26. As stated previously, there is obviously some room for interpretation in Ezekiel 26 so the literal interpretation of the rubble of Tyre being dumped into the sea is not close to 1. So let’s assume that we are only 10% confident that our interpretation is correct. Thus, P(E|H) = 0.1 (where H is the hypothesis of inspiration and E is the evidence of Tyre’s rubble being thrown into the sea). We can further assume for the sake of argument that the probability of Tyre being overthrown and its rubble being thrown into the sea is 1 in 1000. Thus, P(E|~H) = 0.001. Our Bayes factor (given those assumptions) then would be 100. Now let’s determine the Bayes factor given the hypothetical that the relevant event did not happen (H still represents the hypothesis of inspiration). In that case, P(E|H) = 0.9 and P(E|~H) = 0.999. Thus, our Bayes factor is 0.9, which is equivalent to a Bayes factor of 1.11 against inspiration.

What about if the numbers had been reversed such that the literal interpretation was the more probable (let’s say 0.9)? In that case, P(E|H) = 0.9 (where H is the hypothesis of inspiration and E is the evidence of Tyre’s rubble being thrown into the sea) and P(E|~H) = 0.001. Our Bayes factor (given those assumptions) in the event of fulfillment then would be 900. What about the Bayes factor given the hypothetical that the event did not happen? In that case, P(E|H) = 0.1 and P(E|~H) = 0.999. Thus, our Bayes factor is 0.1, which is equivalent to a Bayes factor of 10 against inspiration.

One may object to this approach on the basis of the words of Deuteronomy 18:22, in which we read,

…when a prophet speaks in the name of the Lord, if the word does not come to pass or come true, that is a word that the Lord has not spoken; the prophet has spoken it presumptuously. You need not be afraid of him.

Doesn’t this text entail that an apparent failed prophecy should be much more damning than I am suggesting? What we have to understand is that the original intended audience for predictive prophecy was not us but the people of ancient Israel. Most of the predictions made by the prophets were short-range, and came to be fulfilled within the lifetime of the hearers. They were thus intended to serve as evidence to ancient Israel of the prophetic credentials of God’s messengers. The people of ancient Israel would presumably have had opportunity to hear the prophecy spoken multiple times and in various ways. They would also been able to converse with the prophet himself and obtain clarification on any areas of ambiguity.

On the other hand, we are at a disadvantage in that we only have, in many cases, a single written statement of the prophecy to go on. We have no means of hearing it restated and no means of asking the prophet clarifying questions about his intended meaning. There is thus more interpretive flexibility as far as we are concerned than was possible for the original intended audience of those predictions.

In summary, I have argued that Christian apologists ought to be more reserved and modest in our stated confidence in our interpretation of prophetic passages. We do not need to be 100% confident in our interpretation in order for a fulfilled prophecy to have epistemic significance. The argument from prophecy should be presented as a cumulative argument, rather than one based on a single text. Furthermore, fulfilled prophecy, I have shown, carries much more epistemic significance than apparently unfulfilled prophecy, because of the principle of epistemic asymmetry that I discuss above.

2 thoughts on “The Argument From Prophecy and Bayes Theorem (Part 2): Failed Biblical Prophecy?”