Should Christians Use the Argument from Martyrdom? A Reply to Bart Ehrman 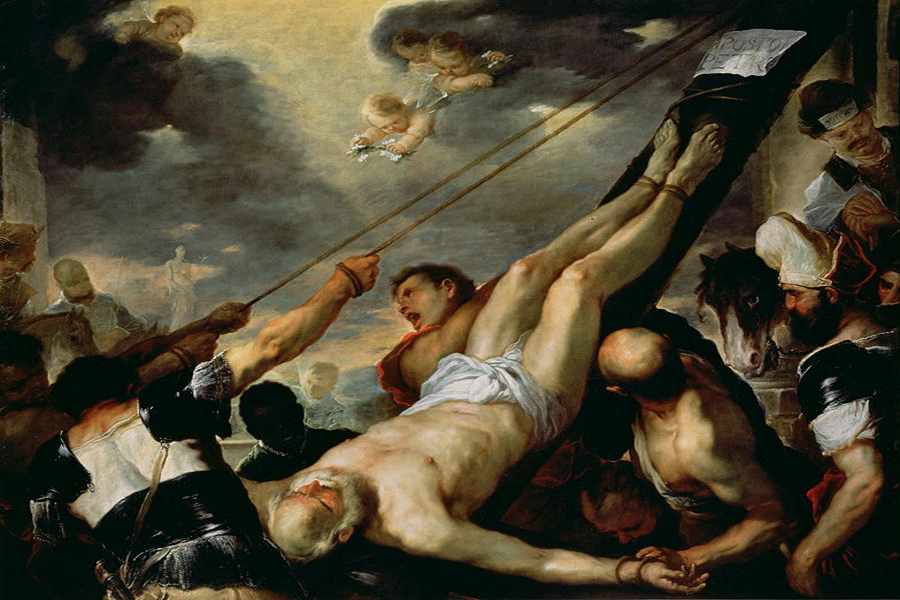 “Several other people have responded to this question on the blog by saying that we have lots of records of lots of people who have died for a something that they knew, literally, not to be true. I am not in a position to argue that particular point. But I can say something about all the disciples dying for believing in the resurrection.”

Again, however, the argument is not that the willingness of the apostles to die as martyrs guarantees that they were sincere. Rather, we are making the more modest claim that it is evidence that they were sincere. It hardly seems contestable that the willingness of somebody to die for a claim is more probable if they are sincere in making that claim than if they are insincere. Moreover, more people being willing to die for a claim constitutes stronger evidence for that claim than merely one person being willing to die.

“The big problem with this argument is that it assumes precisely what we don’t know.   We don’t know how most of the disciples died.   People always *say* that the apostles were all martyred.  But next time someone tells you that, ask them how they know.  Or better yet, ask them which ancient source they are referring to that says so.”

We have, in my opinion, sufficient evidence to conclude that at least two of Jesus’ original twelve apostles died as martyrs (Simon Peter and James the son of Zebedee), in addition to James, Jesus’ brother (who, according to 1 Corinthians 15:7, met the risen Jesus), and the apostle Paul (who had an encounter with the resurrected Jesus on the road to Damascus as recounted in Acts 9 and alluded to in Paul’s letters, e.g. 1 Cor 15:8).

There are two first century sources that attest to Simon Peter’s martyrdom. One of those is John 21:18-19, where Jesus says to Simon Peter, “‘Truly, truly, I say to you, when you were young, you used to dress yourself and walk wherever you wanted, but when you are old, you will stretch out your hands, and another will dress you and carry you where you do not want to go.’ (This he said to show by what kind of death he was to glorify God.) And after saying this he said to him, ‘Follow me.'” This text indicates that Jesus predicted that Peter would die as a martyr, presumably by crucifixion. This gospel was almost certainly written after Peter died (most scholars date the gospel of John to 90-95 AD). Leaving aside the question of whether Jesus actually spoke those words, it is therefore very unlikely that the author of the fourth gospel would have attributed this prophecy to Jesus had it not taken place in the prescribed way.

A further piece of first century evidence concerning Peter’s death is the letter of Clement of Rome, addressed to the Corinthian church (dated by most scholars to around 96 A.D.). In 1 Clement 5, Clement notes that “Peter, through unrighteous envy, endured not one or two, but numerous labors; and when he had at length suffered martyrdom, departed to the place of glory due to him.” Clement, being one of the apostolic fathers, was personally acquainted with the apostles (as indicated by Irenaeus — Against Heresies Book III, Chapter 3). Thus, he was in a position to know about Peter’s fate, and it was probably known to the Corinthian Christians to whom Clement addressed his epistle, especially since the church in Corinth had previously been acquainted with Peter’s preaching (1 Cor 1:12; 15:11). 1 Clement 5 also mentions the martyrdom of Paul (and his sufferings for the gospel are discussed at length in the writings of Paul himself — e.g. 2 Cor 11:16-33; 2 Tim 3:10-11). Ehrman does acknowledge in his article that the evidence indicates that Peter and Paul died as martyrs.

That all said, we do have to be careful that the significance of this evidence is not over-stated. Even in those cases for which we do have sufficient evidence to conclude the apostles died as martyrs, the exact circumstances under which they died is less than clear. It is not obvious for those cases discussed above whether they had opportunity to recant of their claim or not. One may also object that it is not clear whether they were dying specifically for the resurrection claim, though a Christian may respond to this by noting that the resurrection was so integral to early Christian belief that to die for Christ was to die for the belief in Jesus’ resurrection. A skeptic may, however, fairly point out that Peter and Paul likely died as a result of Nero’s persecution against Christians in the 60’s A.D., which the Roman historian Cornelius Tacitus tells us ensued after the fire of Rome in 64 A.D. when the emperor Nero blamed the Christians for the conflagrations in order to direct the blame away from himself (Annals 15.44). Peter and Paul (and perhaps other apostles of Jesus) may have simply gotten caught up in that event, which had little to do with their Christian belief per se and more to do with Nero’s attempt to steer the blame of the populace for causing the fire of Rome away from himself. If that is the case, there is no reason to think that recanting their Christian beliefs would have saved their life. In regards to the death of James, also, Josephus only reports that he was stoned on the basis of an accusation of breaking the Jewish law, so it is also not entirely clear in his case that his death was directly linked to his Christian testimony, though it very plausibly was.

What we can say, however, is that persecution against Christians seems to go back quite early, since the earliest church endured persecution by the Jews first, according to the book of Acts as well as Paul’s own testimony. Paul testifies that he himself persecuted the early Christians, imprisoning them and putting them to death (1 Cor 15:9; Gal 1:23; Phil 3:6). Paul also gives us his own eyewitness testimony of persecution by Jews against himself following his conversion (2 Cor 11:16-33; 2 Tim 3:10-11). The book of Acts itself speaks of the intense persecution endured by the early Christians, including the martyrdom of James the son of Zebedee (Acts 12:2), the imprisonment of Peter (Acts 12:3-5), the beating of Peter and John (Acts 5:40), and the many sufferings of the apostle Paul for the name of Christ. What we can therefore say with confidence is that, as William Paley puts it so eloquently, the “apostles passed their lives in labours, dangers, and sufferings, voluntarily undergone in attestation of the accounts which they delivered, and solely in consequence of their belief of those accounts; and that they also submitted, from the same motives, to new rules of conduct.” [1] Since this fact is more probable on the hypothesis that the apostles were sincere than on the falsehood of that hypothesis, it may be taken as evidence confirming the sincerity of the apostles in their proclamation to have encountered the risen Christ.

It is a common misstep made by many atheists to think that if a particular piece of evidence fails to logically entail a conclusion, then that same piece of evidence also fails to support the said conclusion. However, this is poor epistemology. A piece of evidence may be confirmatory of a conclusion without establishing it. This is the case, I would suggest, with the evidence of the apostles’ persecution and martyrdom. With those nuances and caveats in mind, therefore, the Christian apologist may appeal to the persecution and martyrdom of the apostles as one aspect of the broader cumulative argument that the apostles were sincere in believing Jesus to have appeared to them alive following His death. This naturally leads to the question of how the apostles came to sincerely believe that, a question that I have addressed elsewhere.

3 thoughts on “Should Christians Use the Argument from Martyrdom? A Reply to Bart Ehrman”