Jesus Quotes the Jewish Shema: Does That Mean He Was A Unitarian? 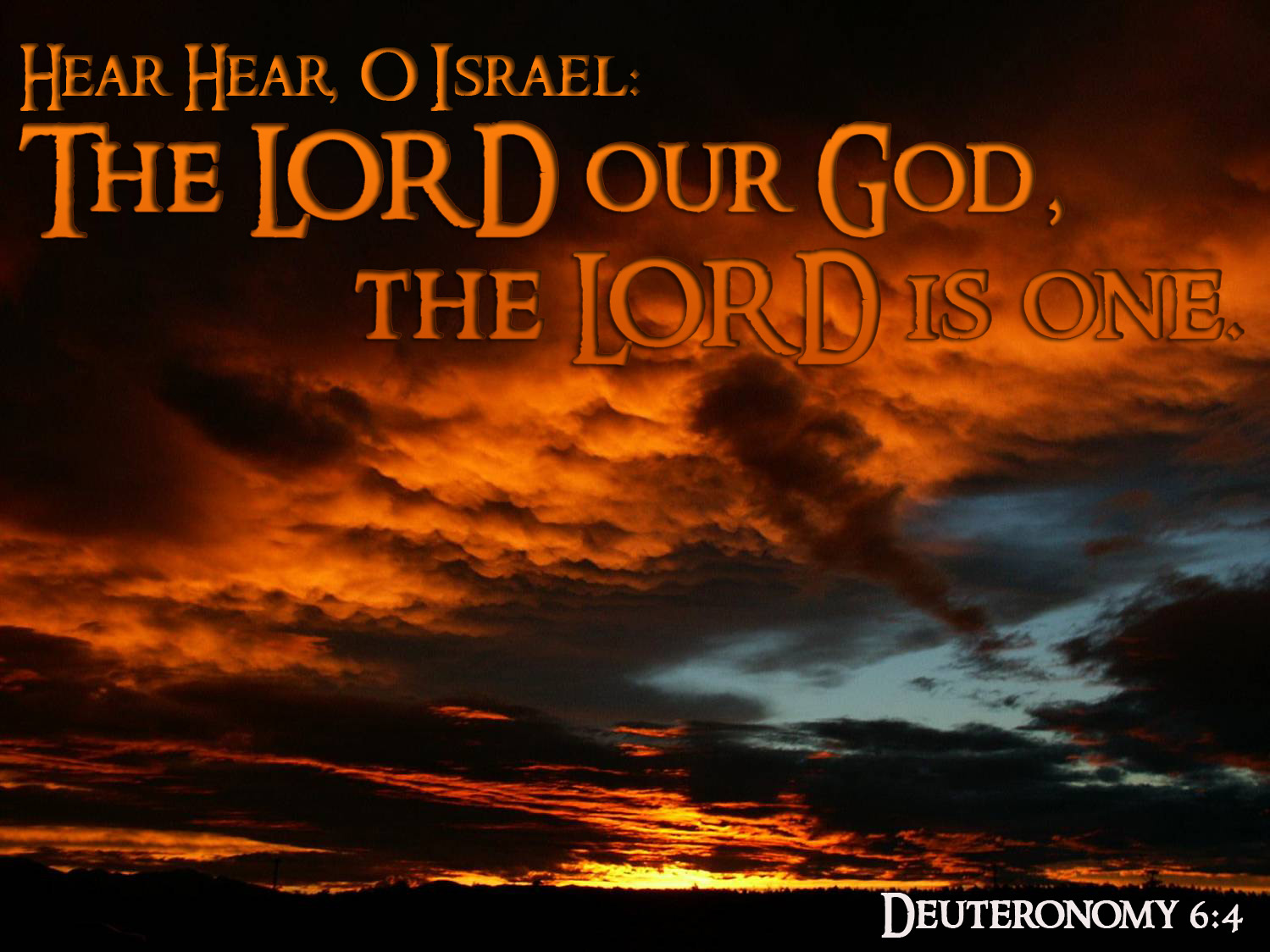 In discussions of the Trinity and identity of Jesus, a frequent argument made by our Muslim friends is that Jesus was a unitarian because he quotes from the Jewish Shema of Deuteronomy 6:4 when asked about the greatest commandment. Here is the text from Mark 12:28-34:

The man who had asked him the question had a unitarian concept of God. Notice that Jesus does not say to the man “You have entered the kingdom of God.” Rather, He says “You are not far from the kingdom of God.” In other words, he still had not yet reached it. But what does Jesus go on to say in verses 35-37?

While Jesus was teaching in the temple courts, he asked, “Why do the teachers of the law say that the Messiah is the son of David? David himself, speaking by the Holy Spirit, declared: “‘The Lord said to my Lord: “Sit at my right hand until I put your enemies under your feet.”’ David himself calls him ‘Lord.’ How then can he be his son?” The large crowd listened to him with delight.

Here, Jesus identifies the Lord of Psalm 110 seated at Yahweh’s right hand as the Messiah. Since Muslims and Christians both accept Jesus to be the Jewish Messiah, we can agree that Jesus thus asserts Himself to be the Lord of Psalm 110. The Hebrew word used for “my Lord” in Psalm 110 is Adoni (the possessive form of Adon). Now, this is not necessarily a title of deity, as it can be used of individuals who are not God. However, in verse 5-7 of Psalm 110, we read,

The Lord is at your right hand; he will crush kings on the day of his wrath. He will judge the nations, heaping up the dead and crushing the rulers of the whole earth. He will drink from a brook along the way, and so he will lift his head high.

Another response that might be leveled against this is that the masoretic vowel pointing which distinguishes between the terms Adoni and Adonai in fact developed centuries later and so we cannot have certainty about which meaning is intended by the Psalmist. How, then, can we tighten this argument further?

I say to the Lord, “You are my Lord; apart from you I have no good thing.”

Awake, and rise to my defense! Contend for me, my God and my Lord.

In our text in Mark 12, Jesus makes the argument (verse 37) that “David himself calls him ‘Lord.’ How then can he be his son?” The point Jesus is making is that none of David’s descendants could be greater than David. This, then, cannot be referring to David’s son. The question is thus raised as to what sort of Lord this could possibly be referring to.

I will appoint him [David] to be my firstborn, the most exalted of the kings of the earth.

Thus, Psalm 110:1 is a powerful proof-text for two divine Persons.

Moreover, David’s Lord is said to be sitting at God’s right hand. Now, where is God’s throne? Psalm 2:4 tells us that,

The One enthroned in heaven laughs; the Lord scoffs at them.

The Lord is in his holy temple; the Lord is on his heavenly throne. He observes everyone on earth; his eyes examine them.

The Lord has established his throne in heaven, and his kingdom rules over all.

Thus, if Yahweh is enthroned in heaven, then David’s Lord must be seated in Heaven as well.

This presents yet further difficulties for Islam. For instance, Surah 3:80 in the Qur’an says,

He to whom belongs the dominion of the heavens and the earth and who has not taken a son and has not had a partner in dominion and has created each thing and determined it with [precise] determination.

Thus, how could David and Jesus be Muslims if David worshiped Messiah as his Lord and speaks of him seated with God in heaven?

Jesus thus re-interprets the Shema in Mark 12:29 in light of Psalm 110:1 in 12:35-37 so as to include Himself as the Messiah within the Shema as Israel’s one Lord. This also provides a basis for Paul’s reformulation of the Shema in 1 Corinthians 8;6, when he writes,

In conclusion, then, it is no coincidence that Jesus immediately follows his quotation of the Shema up with Psalm 110:1 to affirm that the one Lord is multi-Personal. Thus, a read of the context surrounding Jesus’ allusion to the Shema reveals his concept of God as multipersonal.

1 thought on “Jesus Quotes the Jewish Shema: Does That Mean He Was A Unitarian?”