Finding Contradictions Where There Is None: A Review of Jesus, Interrupted (Part 3) 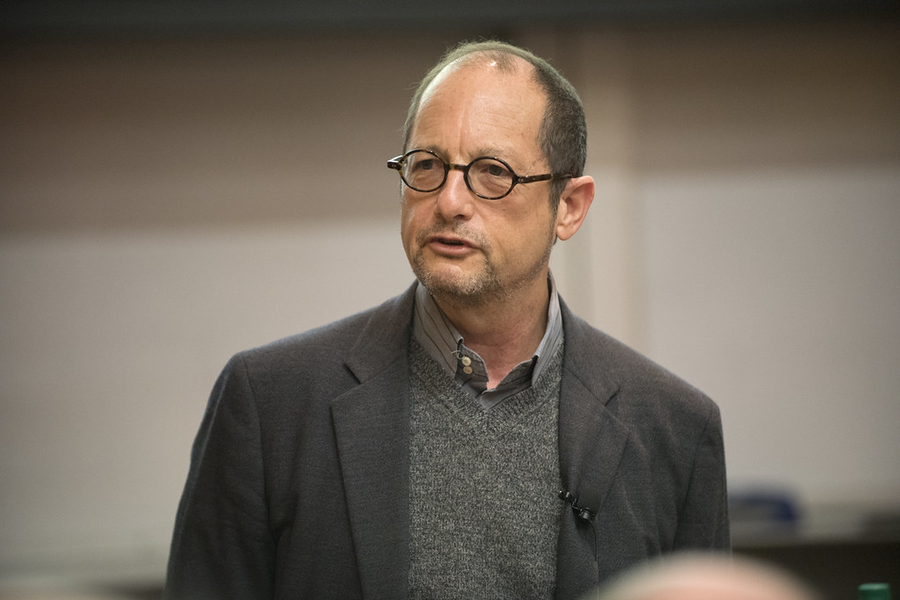 In two previous articles (here and here), I covered a number of examples of alleged contradictions in the gospels and Acts, taken from Jesus, Interrupted, by Dr. Bart Ehrman of the University of Chapel Hill, North Carolina [1]. We saw that even someone with a PhD, a teaching position at a major University, and a stellar publication record can make some very basic errors — over and over again. After composing my first article, I was concerned that some might think I was cherry picking particularly weak examples from Ehrman’s book, and ignoring the real meaty objections. This led me to writing a second article, wherein I provided yet further examples to further show that the mistakes I was documenting on Ehrman’s part represent not a deviation from the norm but rather a trend. Still, after two articles some readers may still be unconvinced that I am giving a fair sample of Ehrman’s objections. Thus, here I offer a third article, in which I will document even further examples of Ehrman’s sloppy scholarship, again taken from his book Jesus, Interrupted.

What did the voice at Jesus’ baptism say?

On page 39-40, Ehrman claims that what the voice at Jesus’ baptism said “depends on which account you read.” He writes,

What Ehrman here does not inform his readers, however, is that the reading “You are my son, today I have begotten you” in Luke, quoting Psalm 2:7, is only found in a single Greek manuscript (although it is also found in several Latin manuscripts and quotations by church fathers). Most textual scholars argue that this is a non-original reading. For example, Bruce Metzger writes [2],

The Western reading, “This day I have begotten thee,” which was widely current during the first three centuries, appears to be secondary, derived from Ps 2:7.

But Ehrman does not even bother to acknowledge in his writing that his assertion here is highly contested. He does not even provide any argumentation for why he opts for this reading being the original.

Who is for Jesus and who is against Him?

Some sayings of Jesus are rendered in similar but nevertheless diverging ways. One of my favorite examples of this phenomenon is the pair of sayings related in Matthew 12:30 and Mark 9:40. In Matthew, Jesus declares, “Whoever is not with me is against me.” In Mark, he says, “Whoever is not against us is for us.” Did he say both things? Could he mean both things? How can both be true at once? Or is it possible that one of the Gospel writers got things switched around?

An examination of the contexts of these two texts (Matthew 12:30 and Mark 9:40), however, reveals that these refer to two completely different episodes. In Matthew, the preceding context is that Jesus has just been accused of casting out demons by the power of Satan. This is paralleled in Mark 3:22-30, so Mark 9:40 cannot possibly be describing the same circumstance. In Mark 9:40, the context of the saying is that John the son of Zebedee has said to Jesus, Teacher, we saw someone casting out demons in your name, and we tried to stop him, because he was not following us,” (Mark 9:38). Given that two statements appear in completely different episodes, it is not at all apparent that the two accounts contradict one another. Furthermore, the two statements (that “whoever is not with me is against me” and “whoever is not against us is for us”) are perfectly compatible. Where, then, is the problem?

How long did Jesus’ ministry last?

On pages 41-42, Ehrman alleges that John conflicts with Mark on the length of time of Jesus’ ministry. Ehrman points out that,

On three separate occasions John refers to different Passover celebrations, which since they were a year apart would seem to indicate that the ministry must have lasted at least over two years, rounded up to three.

According to Ehrman, Mark by contrast represents Jesus’ ministry as being extremely brief. In fact, he argues, “the distinct impression is that the ministry has lasted a few months, from harvest time to spring.” Supporting this is Mark’s repeated use of the word εὐθὺς, meaning “immediately.” However, there are at least two Passovers mentioned in Mark. Ehrman notes one of those, since he observes,

At the beginning of Jesus’ ministry, in chapter 2, his disciples are going through the wheat fields and eating the grain, to the consternation of the Pharisees, who believe they are violating the Sabbath. This must be taking place, then, in the fall, at the time of the harvest.

However, the feeding of the five thousand, reported in Mark 6, also evidently took place at around Passover. John explicitly tells us this (John 6:4). Mark, however, also strongly implies it. He notes that the grass was green (Mark 6:39), which suggests that the time of year was the spring when the grass is green rather than brown (due to increased rainfall). Also consistent with it being around the time of the Passover, Mark also indicates that “many were coming and going” (Mark 6:31), indicating the busyness of the place. Thus, given that there are at least two Passovers in Mark, Ehrman’s argument is significantly undermined.

When was the curtain in the Temple ripped?

On page 51-52 of Jesus, Interrupted, Ehrman discusses the ripping of the temple curtain, which happened as Jesus died. Ehrman writes,

According to Mark’s Gospel, after Jesus breathes his last, the curtain of the Temple is torn in half (15:38)…Luke’s Gospel also indicates that the curtain in the Temple was ripped in half. Oddly enough, it does not rip after Jesus dies but is explicitly said to rip while Jesus is still alive and hanging on the cross (23:45-46).

But is that what the texts of Mark and Luke say? As those who have read my previous two articles interacting with Ehrman know only too well, it pays to check that Ehrman has faithfully represented his sources. Here are the two texts:

From the translation found in the English Standard Version (ESV) quoted above, it is easy to see how Ehrman came to the conclusion he did, and for someone illiterate in Greek this mistake might be excusable. However, Ehrman is an expert in Greek, and so this mistake is quite inexcusable. The ESV translation of Luke 23:46 says, following the tearing of the curtain, “Then Jesus, calling out with a loud voice, said, ‘Father, into your hands I commit my spirit!’ And having said this he breathed his last.” The English translation makes it sound like Jesus died following the tearing of the curtain. However, this is not at all clear in the Greek. The Greek word translated “then” is και, which is a conjunction normally translated “and.” It is temporally non-specific, and ancient writers, including the New Testament authors, frequently used και when narrating events achronologically (that is, without respect to chronological sequence). Thus, both Mark and Luke are ambiguous as to the exact order of these events, and both are even consistent with the tearing of the temple curtain being simultaneous with Jesus’ death.

Did the churches in Judea know Paul?

Our next example pertains to the book of Acts in relation to the letters of Paul. On page 56, Ehrman writes concerning Galatians 1:21-22,

Here again Paul is quite clear. Sometime after he converted he went around to various churches in the regions of Syria and Cilicia, but he “was still unknown by sight to the churches of Judea” (Galatians 1:21-22). This has struck some scholars as odd. According to the book of Acts, when Paul was earlier persecuting the churches in Christ, it was specifically the Christian churches in “Judea and Samaria” (Acts 8:1-3; 9:1-2). Why is it that Christians in the churches he had formerly persecuted didn’t know what he looked like? Wasn’t he physically present among them as their enemy earlier? According to Acts, yes; according to Paul, no.

This, however, does not seem to me to be a great difficulty at all. Acts 8:1-3 indicates that Paul had been involved in persecuting the church in Jerusalem, to be distinguished from the whole region of Judea. Acts 8:1 in fact indicates that the believers in Jerusalem “were scattered throughout the regions of Judea and Samaria.” They no doubt would have told other believers with whom they came into contact of the persecution they had experienced under Saul of Tarsus, but it does not follow that the churches in Judea would have known him by sight, although they would doubtless have known him by reputation.

Once again, we have seen that Ehrman’s objections to the New Testament, once one actually investigates his sources for oneself, quickly dissolve. Since it is a fair assumption that Ehrman has chosen his best and, to his mind, most convincing examples of alleged contradictions in the gospels and Acts, the abject failure of Ehrman’s proposed contradictions should give us renewed confidence in the substantial trustworthiness of the Biblical accounts. In future articles, I will continue to review Ehrman’s objections to the Biblical accounts.

[1] Bart D. Ehrman, Jesus, Interrupted: Revealing the Hidden Contradictions in the Bible (And Why We Don’t Know About Them). (New York: HarperCollins, 2009).

3 thoughts on “Finding Contradictions Where There Is None: A Review of Jesus, Interrupted (Part 3)”