Does the Bible Support Sexual Slavery? An Analysis of Numbers 31:15-18 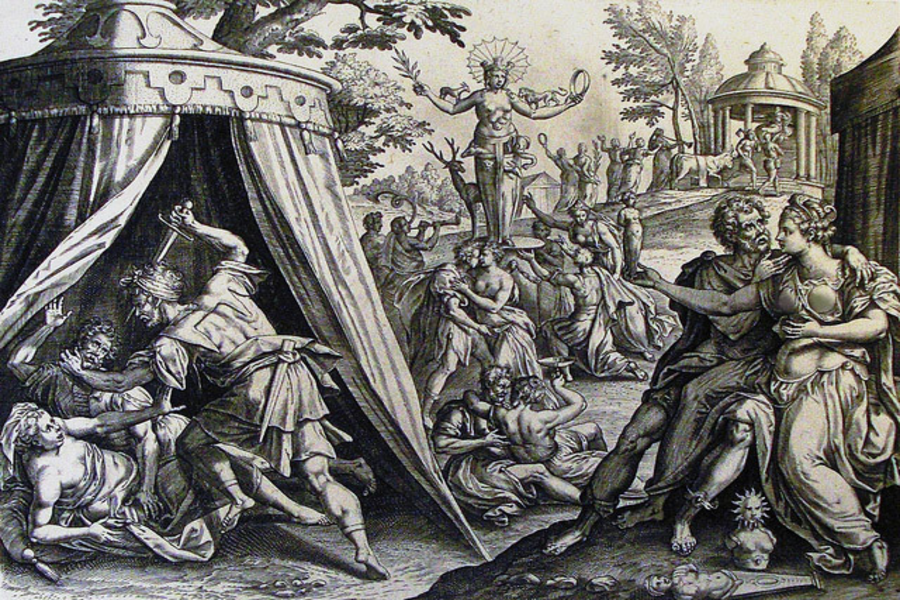 More than two years ago, I participated in a debate in Oxford, England, with atheist YouTuber Alex O’Connor (who goes by the online alias Cosmic Skeptic). The subject was “Why I Am / Am Not a Christian,” which was quite broad. Given the short time constraints of the debate and the breadth of the topic, we were regrettably unable to pursue an explication of our differences with the depth that I would prefer. Nonetheless, I very much appreciated my interaction that evening with O’Connor, including the dinner we enjoyed together before the event. I have long viewed O’Connor as one of the more philosophically nuanced atheist thinkers, and I have valued our ongoing private discussions subsequent to our initial public dialogue. My positive argument in the debate concerned the evidence for Jesus’ resurrection, while O’Connor focused on moral critiques of the Bible. In his portion of the cross-examination, O’Connor chose to focus on the issue of slavery in the Old Testament. The last of the texts we discussed was Numbers 31:15-18, which was interpreted by O’Connor to endorse sexual slavery. At the time, this was not an issue that I had researched with great depth, though I recognized it as a difficult text. My preparation for the debate had largely been on the evidences for New Testament reliability, and its epistemic relevance to developing a robust case for the resurrection. I therefore acknowledged it as a difficult text without offering any detailed response. Earlier this week, Alex O’Connor uploaded the clip from our debate, in which this text was discussed, to his Cosmic Clips spin-off channel. I therefore thought it an appropriate time to publish an article offering my current perspective on this difficult text. Here is the passage under discussion (Num 31:15-18):

15 “Have you allowed all the women to live?” he [Moses] asked them. 16 “They were the ones who followed Balaam’s advice and enticed the Israelites to be unfaithful to the Lord in the Peor incident, so that a plague struck the Lord’s people. 17 Now kill all the boys. And kill every woman who has slept with a man, 18 but save for yourselves every girl who has never slept with a man.

The first thing to note about this text is that it is not technically God who gives the instructions. Thus, on the worst case scenario, one may interpret this text as being descriptive of Moses’ command, rather than it being an act endorsed by God. Nonetheless, even supposing (as I think is more likely) that Moses’ instruction carries with it God’s approval, I do not believe it to be as problematic as it might appear on first impression. O’Connor believes that this text gives permission to the Hebrew soldiers to rape Midianite war captives. However, such an interpretation would fly in the face of every piece of clear moral legislation on sexual relations that we have in the Hebrew Bible. For example, in Deuteronomy 22:23-27:

23 “If there is a betrothed virgin, and a man meets her in the city and lies with her, 24 then you shall bring them both out to the gate of that city, and you shall stone them to death with stones, the young woman because she did not cry for help though she was in the city, and the man because he violated his neighbor’s wife. So you shall purge the evil from your midst. 25 “But if in the open country a man meets a young woman who is betrothed, and the man seizes her and lies with her, then only the man who lay with her shall die. 26 But you shall do nothing to the young woman; she has committed no offense punishable by death. For this case is like that of a man attacking and murdering his neighbor, 27 because he met her in the open country, and though the betrothed young woman cried for help there was no one to rescue her. [emphasis added]

According to this text, the crime of rape is so serious that it is punishable by death. If the woman failed to scream for help when she was in the city and could be heard, the Jewish law viewed the situation as consensual sex rather than rape, since the woman could have cried out for someone to rescue her but didn’t. Thus, both parties were guilty. However, if the sexual assault took place in a rural area where the woman had no chance of being heard, the Jewish law gave the woman the benefit of the doubt and she was not to be considered culpable.

One might object here that women captured in war were not afforded the same rights as women belonging to the people of Israel, and thus this consideration offers little help with regards to the text of our study. However, the previous chapter in Deuteronomy concerns the rights of women who are captured in war (Deut 21:10-14):

10 “When you go out to war against your enemies, and the LORD your God gives them into your hand and you take them captive, 11 and you see among the captives a beautiful woman, and you desire to take her to be your wife, 12 and you bring her home to your house, she shall shave her head and pare her nails. 13 And she shall take off the clothes in which she was captured and shall remain in your house and lament her father and her mother a full month. After that you may go in to her and be her husband, and she shall be your wife. 14 But if you no longer delight in her, you shall let her go where she wants. But you shall not sell her for money, nor shall you treat her as a slave, since you have humiliated her. [emphasis added]

Therefore, while the Hebrew soldiers were permitted to marry female war captives, they were not permitted to rape them or treat them as slaves. The woman was also to have a month to mourn the loss of her kin prior to getting married. Daniel Block notes, “This monthlong quarantine expresses respect for the woman’s ties to her family of origin and her own psychological and emotional health, providing a cushion from the shock of being torn from her own family.” [1] Indeed, as John Wenham comments, “In a world where there are wars, and therefore prisoners of war, such regulations in fact set a high standard of conduct.” [2] Furthermore, by becoming part of the people of Israel (and possessing full status as a wife), the women would be delivered from pagan idolatry and exposed instead to Israelite religion concerning the true God, thereby having opportunity to attain salvation.

The historical context of the war against the Midianites is also important to bear in mind as we evaluate our text. Numbers 31:16 indicates that the Midianite women “were the ones who followed Balaam’s advice and enticed the Israelites to be unfaithful to the Lord in the Peor incident, so that a plague struck the Lord’s people.” This is an allusion to Numbers 25:1-9, in which we read of an occasion where the Midianites devised a plot to entice Israel into pagan worship involving making sacrifices to Baal and ritual sex. According to Moses, the Midianite women were among those who “enticed the Israelites to be unfaithful to the Lord” (Num 31:16). Thus, the women who were permitted to live and marry into Israel (that is, those who had not known man by lying with him) were presumably those who had not been involved in enticing the men of Israel into sexual impurity.

Another consideration, often overlooked in discussions of our text, is that we are not informed what happened to young woman who were brought into the Israelite camp but who did not wish to marry the men who had just slaughtered their kin. We can hypothesize that they were forced into it anyway, but we can equally hypothesize that they were allowed to make themselves useful as virgins until such a time as someone more suitable presented himself. This is simply not stated or even intimated in the text. Thus, if there were women who were averse to being married to an interested Israelite soldier, we just do not know what happened. Moreover, even if on occasion something bad happened — and there is no reason to deny that sometimes it may have — it is not something we are told was done by command of God.

In conclusion, though Numbers 31:13-18 is undoubtedly a difficult text, especially from the vantage point of our twenty-first century western culture, the text becomes, upon closer inspection, significantly less problematic than it appears at first impression. The Pentateuch outlined the rights of female war captives, and they were not allowed to be treated as a slave or sex object. The Pentateuch also takes a very negative view of rape. Most likely, the women who were spared were not involved in enticing Israel into sexual impurity during the incident at Peor. Finally, we are not informed by the text what the arrangements were for women who did not wish to marry an interested Israelite soldier, and so any suggestion of what may have happened is mere conjecture.

7 thoughts on “Does the Bible Support Sexual Slavery? An Analysis of Numbers 31:15-18”