Does Ezekiel 20:26 Teach that the Hebrews Practiced Child Sacrifice to Yahweh? 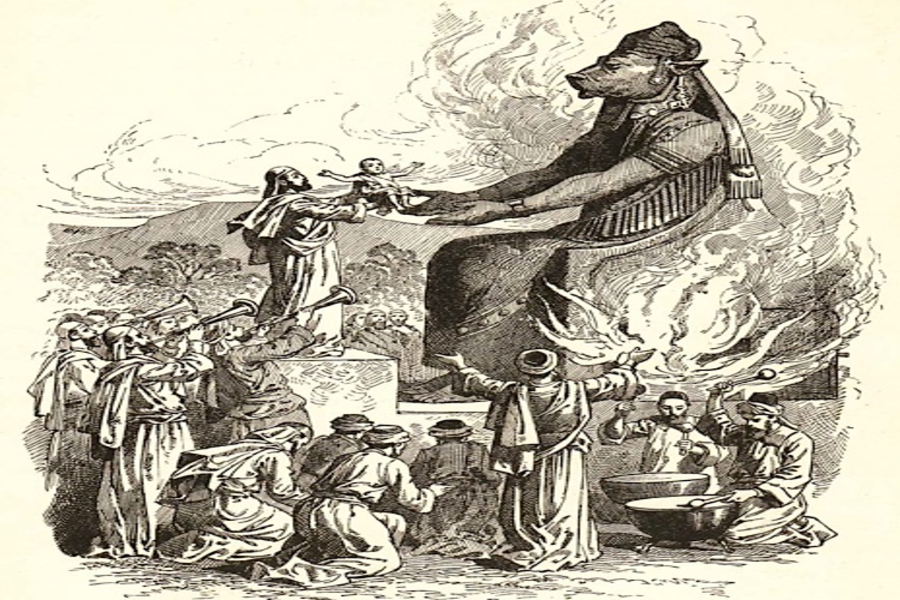 Yesterday evening, I did a live-stream video podcast with an atheist known on the web as “Pinecreek Doug”. For about 40 of the 50 minutes we discussed various aspects of New Testament, and historiographic methodology.

In the last 10 minutes he suddenly changed the subject onto Ezekiel 20, asking me whether verse 26 indicates that the Hebrews practiced child sacrifice. He caught me off-guard and I was not prepared for a discussion of this text. So I said I would prefer to study the text properly first before discussing it. I think apologists do themselves a disservice when they attempt to “wing” a discussion without doing the proper study of the relevant subject first. It is not a good Christian witness to offer half-baked answers without the appropriate research.

I was surprised to see Doug declaring victory over my not being able to give him a response right there and then (someone even commented that he had “trounced” me). I’m sorry, but saying “I haven’t studied this text and I would prefer to do so before doing a discussion on it” is not being “trounced”. Such behavior is anti-intellectual and anti-scholarly. The Bible is a huge volume of 66 different individual books, and while I study it incessantly, it is difficult to have a detailed ready-made analysis of any possible obscure text that one might bring up — at least not if you want to do these texts justice. My specialization is historiographic arguments bearing on the veracity of the Scriptures, in particular the New Testament, and I am also interested in the Trinity, Christology and Messianic prophecy. I do not have time at present to specialize in much more than that.

Anyway, I think the use of this text deserves an answer, so in this post I wish to say a few words about Ezekiel 20. Here is the text that Doug quoted:

23 Also I swore to them in the wilderness that I would scatter them among the nations and disperse them among the lands, 24 because they had not obeyed my rules, but had rejected my statutes and profaned my Sabbaths, and their eyes were set on their fathers’ idols. 25 Moreover, I gave them statutes that were not good and rules by which they could not have life, 26 and I defiled them through their very gifts in their offering up all their firstborn, that I might devastate them. I did it that they might know that I am the Lord.

I invite readers to go read the chapter as a whole for context. Here are verses 10-26:

So God says quite explicitly that the children of Israel defile themselves “when you present your gifts and offer up your children in fire.” And verse 26 says that God “pronounced them unclean because of their gifts, in that they caused all their firstborn to pass through the fire…” We are also told in verses 10 and 11 that “I gave them My statutes and informed them of My ordinances, by which, if a man observes them, he will live.” Instead of choosing the way of life, which is what God desired for the people of Israel, instead they chose to reject God’s statutes. Instead, they returned to idols, with which were associated the statutes of death, by which they defiled themselves.

Because the people would not choose God’s statutes of life, God then gave them over to their idols’ statutes of death. He did so in order that they might know that He is the Lord and He will righteously judge those who reject His commandments which give life. We see the same concept in Romans 1:

28 And since they did not see fit to acknowledge God, God gave them up to a debased mind to do what ought not to be done. 29 They were filled with all manner of unrighteousness, evil, covetousness, malice. They are full of envy, murder, strife, deceit, maliciousness.

Thus, in both Ezekiel 20 and Romans 1, God gave them over to their own evil desires so that they might come to recognize Him as the Lord through His judgment of their wickedness.

Now, one might come back and try to assert that the issue in Ezekiel 20 was not child sacrifice, but rather that the child sacrifice was being done to the idols rather than the Lord God. But this interpretation doesn’t fly either. In fact, God specifically condemns child sacrifice in Deuteronomy 12:29-32:

29 “When the Lord your God cuts off before you the nations whom you go in to dispossess, and you dispossess them and dwell in their land, 30 take care that you be not ensnared to follow them, after they have been destroyed before you, and that you do not inquire about their gods, saying, ‘How did these nations serve their gods?—that I also may do the same.’ 31 You shall not worship the Lord your God in that way, for every abominable thing that the Lord hates they have done for their gods, for they even burn their sons and their daughters in the fire to their gods. 32 “Everything that I command you, you shall be careful to do. You shall not add to it or take from it.

Here, we learn that the people of Israel are not to serve the Lord in the same manner in which these nations served their idols because these acts, God says, are “abominable” and “the Lord hates” those practices.

In conclusion, it is abundantly clear that God does not command child sacrifice here, as even a cursory reading of the context reveals.