What’s Wrong with the Zeitgeist Movie? 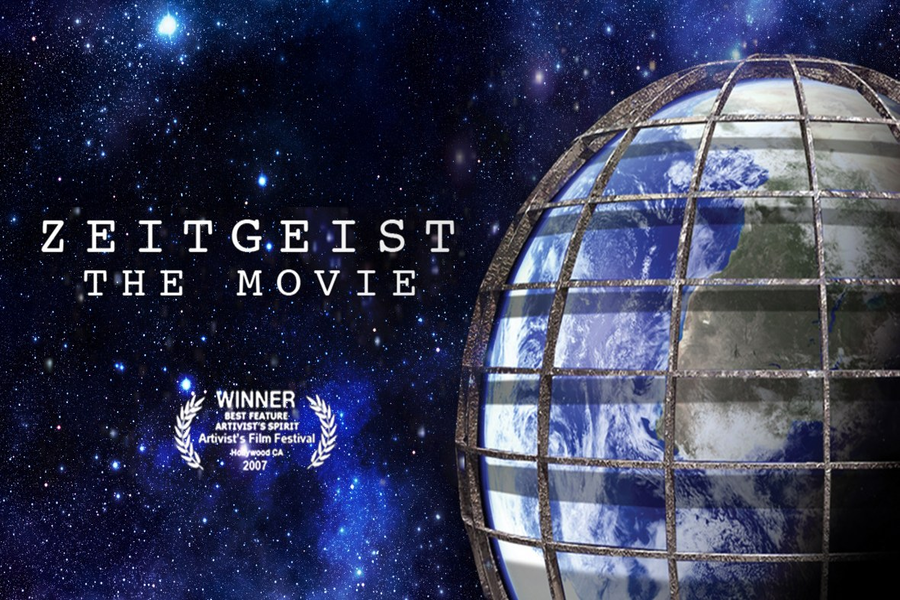 The Zeitgeist movie has been circulating on the internet since 2007. In the video its director, Peter Joseph, seeks to persuade viewers that the authors of the New Testament essentially plagiarized the concept of the virgin birth, December 25 as Christ’s birth date, the twelve disciples, the miracles, the crucifixion, and the resurrection from astrological sources and pagan mythology.

The focus of this article is to address the allegation that Jesus is a mythological amalgamation of pagan deities invented by various ancient cultures. I will deal primarily with Horus, as he is the first major mythological figure presented as a forerunner of Jesus. I will subsequently deal with the other allegations in brief.

Response: Horus is not just the sun god. He was also the falcon god whose name means ‘the far-off one’. Ra was the sun god who came to be identified with the mid-day sun. In addition, Horus was also the sky god, whose good or sound eye was the sun, and injured eye the moon.

Claim: “He is the sun, anthropomorphized, and his life is a series of allegorical myths involving the sun’s movement in the sky.”

Response: This is inaccurate. Horus was not the sun, but came to be identified with the position of the rising sun. Later, he was associated with the sun-god Ra. Atum was the god of the setting sun.

Claim: “From the ancient hieroglyphics in Egypt, we know much about this solar messiah. For instance, Horus, being the sun, or the light, had an enemy known as Set and Set was the personification of the darkness or night.”

Response: Seth — Horus’ brother — was Horus’ rival (and usurper of the throne of Egypt). There is debate as to whether the struggle between Horus and Seth was primarily geo-political or symbolic in nature. When the full Osiris complex becomes visible, Seth appears as the murderer of Osiris and would-be killer of the child Horus.

Claim: “And, metaphorically speaking, every morning Horus would win the battle against Set — while in the evening, Set would conquer Horus and send him into the underworld. It is important to note that ‘dark vs. light’ or ‘good vs. evil’ is one of the most ubiquitous mythological dualities ever known and is still expressed on many levels to this day.”

Response: The movie’s claim is dead wrong. Horus was never sent to the underworld. It was Osiris who was killed and became Lord of the underworld, while Horus was king of the living.

Claim: “Broadly speaking, the story of Horus is as follows: Horus was born on December 25…”

Response: This simply isn’t the case. At any rate, neither the Bible nor Christianity claim Jesus was born on December 25, so any parallels with ancient legends are completely inconsequential. The December 25 date only came into prominence under Emperor Aurelian in the third century A.D. But when was the date of Horus? It was during the Egyptian month of Khoiak (which corresponds to November on our calendar).

Claim: “…of the virgin Isis-Meri.”

Response: Again, the claim is simply in error. Horus was born of Isis. And there is absolutely no mention in any Egyptian literature of the trailing name ‘Mary’ as the movie would have us believe. Moreover, Isis was certainly not a virgin, but the widow of Osiris, the father of Horus.

Claim: “His birth was accompanied by a star in the east.”

Response: The video continues to make stuff up as it goes along. There is simply no mention of any stars pertaining to the birth of Horus.

Claim: “…which in turn, three kings followed to locate and adorn the new-born Savior.”

Response: First up, there are no ‘three kings’ mentioned in the birth account of Horus, nor is there a mention there ‘three kings’ in the New Testament account. Rather, it is wise-men, with the number not being specified.

Response: Wrong again. Horus was never a child prodigal teacher. In fact, he was kept hidden away by his mother in the papyrus marshes, until he was ready to be ruler of Egypt.

Claim: “…and at the age of 30 he was baptized by a figure known as Anup and thus began his ministry.”

Response: Again, there is no evidence of any such baptism concerning Horus, nor are there any facts which suggest any form of ‘ministry’ of Horus.

Claim: “Horus had 12 disciples he travelled around with.”

Response: Horus did not have 12 disciples he travelled around with. It really is as simple as that.

Claim: “…performing miracles such as healing the sick and walking on water.”

Response: While it is true that some healing ‘miracles’ are associated with Horus, this is with Horus the Child as opposed to Horus the elder or his adult forms.

Claim: “Horus was known by many gestural names such as The Truth, The Light, God’s Anointed Son, The Good Shepherd, The Lamb of God, and many others.”

Claim: “After being betrayed by Typhon, Horus was crucified, buried for 3 days, and thus, resurrected.”

Response: Wrong again. There exists no accounts of Horus being betrayed, nor a death by crucifixion. There is an incident described in one account whereby Horus is torn to pieces, with Isis requesting that the crocodile god pull him out of the water — not quite crucifixion. Moreover, seeing how the movie puts the account of Horus at around 3000 B.C., this predates the invention and practice of crucifixion by thousands of years!

The Zeitgeist movie continues in the same vein as above with all the other mythological pagan gods. The Zeitgeist movie makes the claim that Hindu’s Krishna was also crucified and resurrected. However, again, the Zeitgeist is in error. Hinduism very clearly teaches that Krishna was killed by a wound inflicted from an arrow shot from a hunter who mistakenly hit him in his heal. Following his death, he ascended to be with Brahman. This can hardly be compared to the Christian concept of Christ’s resurrection.

The Zeitgeist movie claims, for example, that Mithras was born of a virgin. But this is in error. Rather, he emerged from a rock. It is also claimed that Mithras rose from the dead, but there is no textual evidence of his death, so there could be no resurrection. Mithras was not a teacher, and was not followed by twelve disciples, as Zeitgeist claims.

Neither is there any evidence of a bodily resurrection of Attis, the Phrygian god of vegetation, nor the virgin birth of Dionysus or Krishna (the latter of whom was his mother’s eighth son, so a virgin birth is not likely).

Sadly, the Zeitgeist movie has become widely circulated on the Internet, deceiving many people with misinformation. As Peter writes in his first epistle, “But there were also false prophets among the people, just as there will be false teachers among you. They will secretly introduce destructive heresies, even denying the sovereign Lord who bought them — bringing swift destruction on themselves.”

According to their own testimony, the New Testament writers “did not follow cleverly invented stories when we told you about the power and coming of our Lord Jesus Christ, but we were eyewitnesses of his majesty,” (2 Peter 1:16). They were testifying not to myths, but to ‘sober truth’ about events that had ‘not been done in a corner’ (Acts 26:25-26).

This article was originally published on AllAboutTruth.org.