On the Dangers of Fideism 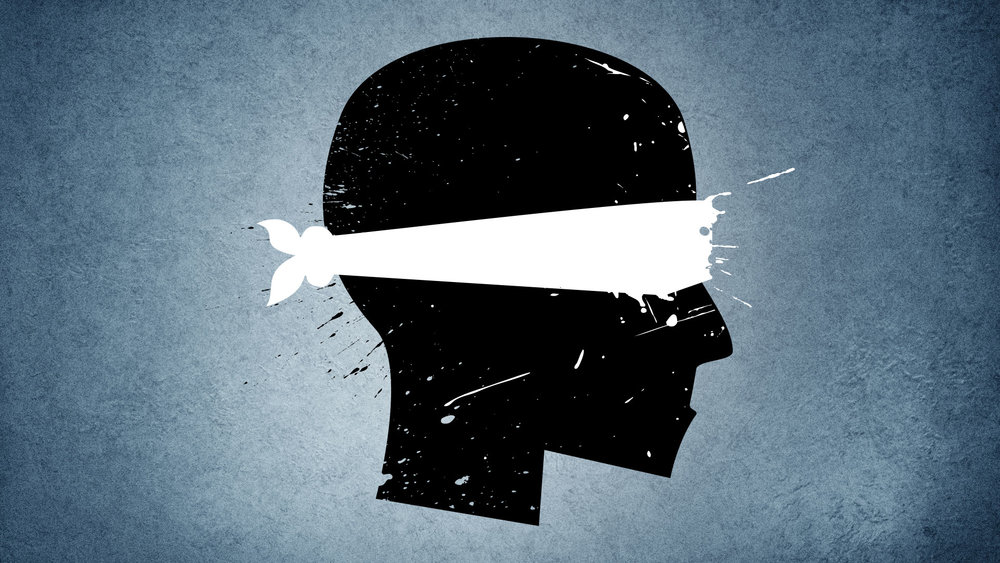 On Saturday night, as I was home alone, the door bell rang. I opened the front door to greet the two young smartly-dressed gentlemen. They introduced themselves as missionaries from the church of Jesus Christ of Latter Day Saints (a.k.a. the Mormons). Interacting with Mormon missionaries is a rare treat for me. I’m currently abroad, working in Seattle, and Mormonism is far less prevalent in the U.K. than it is in the U.S. Imagine, then, their surprise when I invited them to join me in the living room to talk about their faith. Imagine their still further surprise when I reached for my Book of Mormon and Bible. We discussed a wide range of topics, with a particular focus on the nature of God and salvation. One of them, I learned, was a former Buddhist who had recently converted to Mormonism. The other was a life-long Mormon. Over the course of our conversation, I asked them, as I do with representatives of any alternative religion, why they believed their religion to be true. As an evidentialist, I explained, I was open to listening to what they had to say — but expected propositional truth-claims to be substantiated with arguments and evidence. After all, without such intellectual justification, is one’s choice of worldview not merely reduced to an arbitrary matter of taste?

Giving a few examples, I asked them whether it concerned them that archaeology has completely devastated any pretense of the Book of Mormon to any divine source. Whereas the Bible undeniably describes established geography and known historical figures and civilizations (regardless of what one thinks about its claimed divine inspiration), the Book of Mormon is almost entirely set in fantasy land, with no connection whatsoever to real geography or history. Unable to defend the Book of Mormon’s veracity on multiple fronts (historical or theological), they fell back on the typical Mormon rejoinder to serious intellectual challenge. If you pray and inquire of God about the truth of the Book of Mormon, you receive a burning in your bosom — and that’s how you know it’s true. Presumably, the implication is that if you don’t receive the promised burning-in-the-bosom experience, your faith simply wasn’t strong enough. On the other hand, a positive result in this experiment is probably a consequence of a well-documented natural phenomenon known as the placebo effect. With these problems, the “test” offered by my Mormon partners in discourse was hardly a compelling gauge for truth.

Nonetheless, this sequence of events has occurred routinely in all of my relatively few interactions with Mormons — every single one of them. When faced with mounting evidence against the truth of Mormonism, their fall-back is consistently their existential experience — an “evidence” that is not only subjective, but which conveniently cannot be objectively verified by independent investigators. By framing their worldview in this untestable — non-falsifiable — manner, they essentially remove it from the intellectual chopping block. What cannot be, even in principle, dis-confirmed by evidence, however, can hardly be confirmed by evidence.

My encounter with the Mormon missionaries raises a bigger question: Do we, as Christians, have more robust intellectual justification for belief than Mormons do? Or is our choice between them (and the numerous other available options) an election for the religion which makes us feel better?

All religions claim some kind of ‘spiritual experience’. While I certainly do not wish to downplay the importance of such ‘spiritual experiences’ (indeed, as a Christian, I think a genuine relationship with God is not only important but essential), I have grown increasingly skeptical of their use as a rationale for belief. After all, who is to objectively arbitrate between the claimed ‘spiritual experiences’ of the different religions? It seems to me that, when we do apologetics, we need to appeal to publicly available evidence that is objectively verifiable by independent parties. Although I would be inclined to count such experiences as part of the evidence, it also seems to me that emphasis should be placed on the objective over the subjective evidence.

When I encounter Christians who believe that one does not require any kind of rational justification for belief (the view known as fideism), I am always inclined to ask “Then why do you believe the Bible to be God’s word?” If they respond by asserting that they accept this on nothing more than faith, I sometimes follow this up with “Well, how would you respond to someone of another religion who also accepts the tenets of his religion on nothing more than faith?” Without having intellectual grounding for belief, one is left with nothing to differentiate truth from falsehood.

Fideism is also potentially dangerous — I have encountered many an atheist who has abandoned the faith as a consequence of exposure to fideism, a system of thinking which did little to inoculate them against the onslaught of challenges to their faith that they would encounter in college and University.

There are a number of common objections that are brought up routinely when this topic is discussed. One cannot help but wonder, of course, the extent to which the fideist’s own epistemology applies equally to fideism itself: does fideism require justification by reason and argument — or is it too exempt? Here, I want to address a few of the most prevalent of these objections. One concern often raised by the fideist is the place of faith after we are shown, by means of evidence, that Christianity is true. This, however, is to buy into an oft-repeated stereotype promulgated by the neo-atheist movement: That is, the belief that faith is necessarily blind; that it involves no evidence. My own position is that the Biblical and historic definition of faith may be summarized as “the firm reliance on the integrity, ability or character of a person or thing.” No doubt, faith can be blind. But it doesn’t have to be. A man does not exercise faith in his spouse based on no evidence. Indeed, a look at early church literature will reveal both this understanding of what faith means and a repudiation of what may be described as “blind faith”. As early as the second century, Theophilus of Antioch, in his Apology to Autolycus, wrote, ‎

One needn’t look far in early church literature for a repudiation of blind faith. One obvious example is Clement of Alexandria in the late second century, who wrote,

‎”Some, who think themselves naturally gifted, do not wish to touch either philosophy or logic; nay more, they do not wish to learn natural science. They demand bare faith alone, as if they wished, without bestowing any care on the vine, straightway to gather clusters from the first. Now the Lord is figuratively described as the vine, from which, with pains and the art of husbandry, according to the word, the fruit is to be gathered.
We must lop, dig, bind, and perform the other operations. The pruning-knife, I should think, and the pick-axe, and the other agricultural implements, are necessary for the culture of the vine, so that it may produce eatable fruit. And as in husbandry, so also in medicine: he has learned to purpose, who has practiced the various lessons, so as to be able to cultivate and to heal. So also here, I call him truly learned who brings everything to bear on the truth; so that, from geometry, and music, and grammar, and philosophy itself, culling what is useful, he guards the faith against assault.”

Others could of course be mentioned. But there is also a Biblical exhortation to a rational faith. Indeed, 1 Thessalonians 5:21 commands us to “Test everything; hold fast to the good.” 1 Peter 3:15 says, “But in your hearts revere Christ as Lord. Always be prepared to give an answer to everyone who asks you to give the reason for the hope that you have. But do this with gentleness and respect.” 2 Corinthians 10:3-5 says, “For though we live in the world, we do not wage war as the world does. The weapons we fight with are not the weapons of the world. On the contrary, they have divine power to demolish strongholds. We demolish arguments and every pretension that sets itself up against the knowledge of God, and we take captive every thought to make it obedient to Christ.”

The book of Acts also gives us several examples of people who used reason and argumentation to persuade people of the truth of Christianity. For example, Acts 19:8 tells us that “Paul entered the synagogue and spoke boldly there for three months, arguing persuasively about the kingdom of God.” Acts 18:27-28 tells us that “When Apollos wanted to go to Achaia, the brothers and sisters encouraged him and wrote to the disciples there to welcome him. When he arrived, he was a great help to those who by grace had believed. For he vigorously refuted his Jewish opponents in public debate, proving from the Scriptures that Jesus was the Messiah.”

Sometimes, as counter-arguments, John 20:29 and Hebrews 11:1 will be cited. So let’s look at them. John 20:29 immediately follows Thomas’s request to “see the nail marks in [Jesus’s] hands and put [his]finger where the nails were, and put [his] hand into [Jesus’s] side.” As a result, Thomas has come to the recognition that Christ is both Lord and God (verse 28). In verse 29, Jesus responds, “Because you have seen me, you have believed; blessed are those who have not seen and yet have believed.” The second passage, from Hebrews 11:1, defines faith as “confidence in what we hope for and assurance about what we do not see.” Neither of those ‘proof-texts’, however, defines faith as “belief without evidence”, unless the ability to see something with your eyes is considered the only kind of evidence. But there are many phenomena in which I believe based on inferential evidence, even if I am unable to make a direct observation of said phenomena. My faith that the sun will rise tomorrow morning comports with the definition of faith given in Hebrews 11:1. I haven’t seen the sun rise tomorrow — it’s still in the future and hasn’t happened yet. But I anticipate the sun rising tomorrow based on past uniform-and-repeated experience of the sun rising. I don’t know anyone who would contend that such faith is based on no evidence.

In summary, then, it is my contention that faith — being defined as commitment to, or trust in, that to which one has already intellectually assented — ought to be justified by evidence. Without such an epistemology, I can see no way to differentiate truth from falsehood.