Does Jesus Have a God Over Him? Responding to a Popular Muslim Polemic 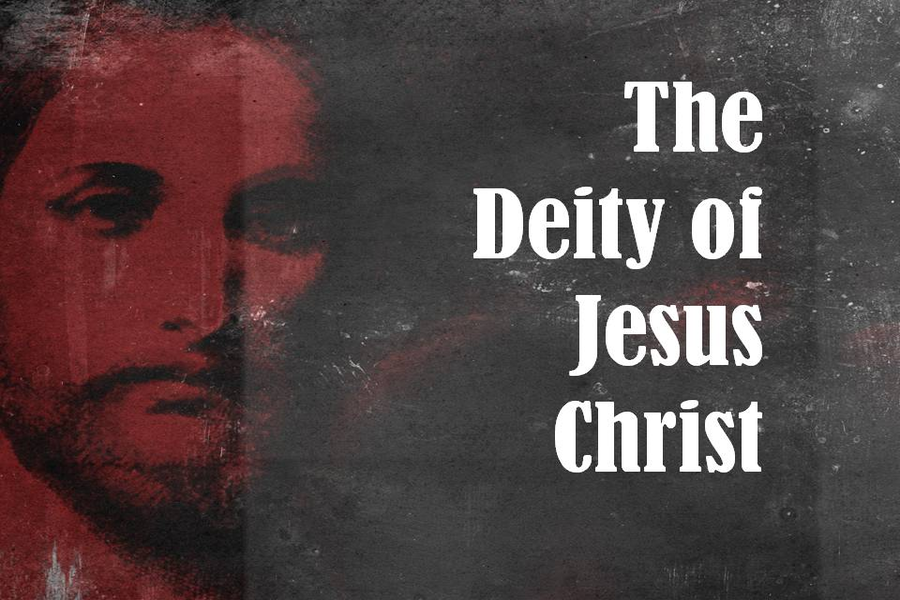 In discussions on the deity of Christ, it is not at all uncommon for Muslim polemicists to bring up texts such as John 20:17 which speak of Jesus having a God. Here is John 20:17:

“Jesus said to her, “Do not cling to me, for I have not yet ascended to the Father; but go to my brothers and say to them, ‘I am ascending to my Father and your Father, to my God and your God.’””

If Jesus has a God over him, we are told, how can we say that Jesus Himself is God? Of course, when one is interpreting a verse, one must be careful to first interpret it in view of the immediate context, and then in the context of the whole book, then in the context of books by the same author, and then finally in the context of the Bible as a whole. In particular, if your interpretation of a verse contradicts the uniform message of the whole book, you have probably misinterpreted the verse. The proximity of this verse to verse 28 of the same chapter, where Thomas calls Jesus “the Lord of me and the God of me” should start the alarm bells ringing. Then there are the numerous affirmations of the deity of Christ throughout the gospel of John as a whole.

Nonetheless, the Muslim has raised a legitimate question which needs to be addressed.

Putting the pieces together, there appears to be strong Scriptural support for the idea that the Father became Jesus’ God at the point of the incarnation — i.e. when the Son broke into our world; when the Word became flesh. This is further supported by Micah 5:2-4 (also Messianic), in which we read,

“But you, O Bethlehem Ephrathah, who are too little to be among the clans of Judah, from you shall come forth for me one who is to be ruler in Israel, whose coming forth is from of old, from ancient days. Therefore he shall give them up until the time when she who is in labor has given birth; then the rest of his brothers shall return to the people of Israel. And he shall stand and shepherd his flock in the strength of the Lord, in the majesty of the name of the Lord his God. And they shall dwell secure, for now he shall be great to the ends of the earth.”

Take careful note of the sequence. In verse 3, she who is in labor gives birth to the prophesied ruler and he comes to save his brothers (thus affirming his humanity). Thus, once again this figure who is from everlasting has a God over him due to his becoming a man.

“Consequently, when Christ came into the world, he said, “Sacrifices and offerings you have not desired, but a body have you prepared for me;  in burnt offerings and sin offerings you have taken no pleasure. Then I said, ‘Behold, I have come to do your will, O God, as it is written of me in the scroll of the book.’” When he said above, “You have neither desired nor taken pleasure in sacrifices and offerings and burnt offerings and sin offerings” (these are offered according to the law), then he added, “Behold, I have come to do your will.” He does away with the first in order to establish the second.”

“Listen to me, O coastlands, and give attention, you peoples from afar. The Lord called me from the womb, from the body of my mother he named my name. He made my mouth like a sharp sword; in the shadow of his hand he hid me; he made me a polished arrow; in his quiver he hid me away. And he said to me, “You are my servant, Israel, in whom I will be glorified.” But I said, “I have labored in vain; I have spent my strength for nothing and vanity; yet surely my right is with the Lord, and my recompense with my God.””

Again, in this text, the servant says Yahweh is his God — but this is after he has been fashioned from the womb to be his servant.

Jesus evidently even has the Father as his God when Jesus is in glory in heaven (see Revelation 1:6, 3:2 and 3:12). This is because Jesus is still a man, albeit a glorified man with a physical glorified body. Jesus Himself testifies in Revelation 22:16,

“I, Jesus, have sent my angel to testify to you about these things for the churches. I am the root and the descendant of David, the bright morning star.”

Thus, Jesus is (present tense) the offspring of David even in his heavenly state. Revelation 5:5 identifies him as “the Lion of the tribe of Judah, the Root of David.” This shows that Christ will never stop having a God over him, because he will never stop being a man. That Christ remains a man gains further support from Luke 24:39 and Acts 2:31-32, which also confirm that he still has a flesh body, albeit a glorified one. Acts 17:30-31 affirms that Christ will return to judge the world as a man. 1 Timothy 2:5 says that we have have one mediator right now who is the man Christ Jesus. Finally, Philippians 3:20-21 says Jesus will transform our lowly bodies to be like his glorious body.

In conclusion, then, it is at the point of the incarnation of the Son that the Son takes the Father to be a God over him. No passage of Scripture indicates that the Son had a God over Him prior to the incarnation. I hope that this article helps to clarify the meaning of verses such as John 20:17, which are oft-used by Muslim polemicists to attack the deity of our Lord and Saviour Jesus Christ.

1 thought on “Does Jesus Have a God Over Him? Responding to a Popular Muslim Polemic”