How Does Paul’s Relationship with the Jerusalem Church Present a Problem for Islam? 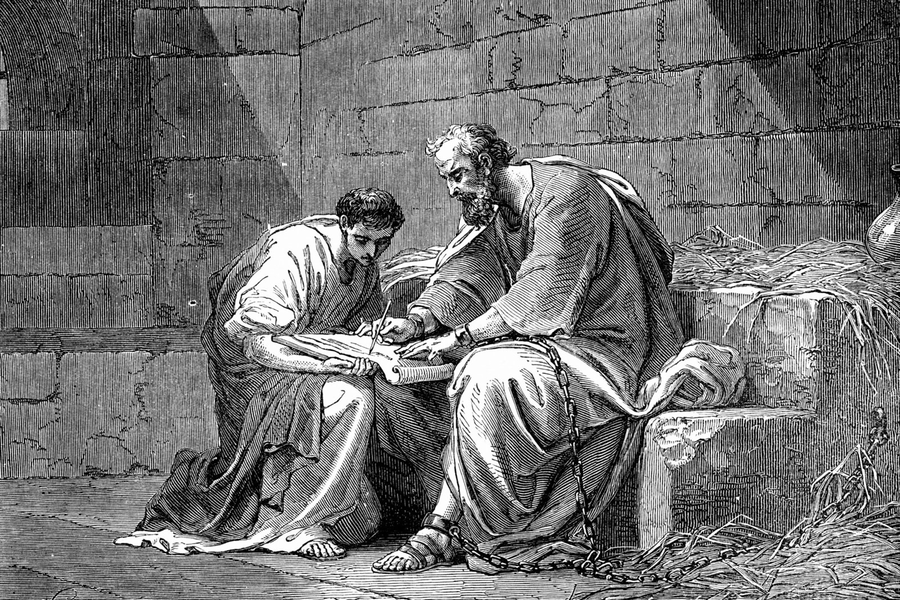 As I alluded to in my previous post, the Qur’an contends that the disciples of Jesus were Muslims. According to Surah 3:52,

“…when Isa [Jesus] sensed disbelief in them, he said: “Who are my helpers in the way of Allah?” The disciples said: “

So according to the Qur’an, there is no question that the apostles were Muslims, under Jesus. But what if we could establish that the teaching of the apostles differed starkly from the teachings of Muhammad and the Qur’an? Here’s an argument to ponder:

In order for a Muslim to escape the conclusion, he or she has to reject one of these two premises. What possible escape routes might be available? One escape route might be to say that the disciples of Jesus were fooled or somehow mistaken – or perhaps they corrupted the true message of Jesus sometime after this. Or maybe even the 12 disciples of Jesus are not even who is in mind here. This escape route, however, is blocked by Surah 61:14,

Thus, such speculation runs into the following problem: Jesus’s apostles were victors who rose to dominance because of Allah’s support for them, indicating their message was approved by Allah. This becomes clear also when we read Surah 3:55:

In syllogistic form, the argument can be summarised as follows:

Premise 3: If they were not Jesus’s apostles, then we would see records of these non-apostle victors.

Premise 4: We do not see such records.

Premise 5: Therefore, it is false that the victors were non-apostles.

So, when we read Surah 3:52, we can be sure that it is referring to the disciples. Allah blessed these persons. It was the apostles who Allah brought to dominance and vindicated. But now a Muslim might well ask, “How do you know the apostles rejected core Islamic teachings?” It is to this question that I now turn my attention.

Consider Paul the apostle. Now, I understand that the apostle Paul was not one of the original disciples of Jesus, but converted to Christianity following a vision of Jesus on the road to Damascus in Acts 9. But I am going to argue that Paul was approved by the original disciples of Jesus. This strongly suggests that his view about the nature of God and identity and mission of Christ matched that of the disciples. In any case, even in the absence of the evidence I am about to present, if we take Surah 3:55 and Surah 61:14 seriously, then Paul’s teaching must have been consistent with the disciples, because the Christianity that prevailed is what Muslim polemicists would consider to be Pauline Christianity – and the Qur’an tells us that the true followers of Jesus were the ones who achieved dominance and became the victors.

Am I completely off-the-wall with this contention? No; In fact, I am in good company. Consider the following quotations from respected Quranic commentators:

It was said that this verse was revealed about the apostles of Jesus, may peace and blessing be upon him. Ibn Ishaq stated that of the apostles and disciples that Jesus sent (to preach) there were Peter and Paul who went to Rome; Andrew and Matthew who went to the land of the cannibals; Thomas who went to Babel in the eastern lands; Philip who went to Africa; John went to Dac-sos which is the tribe to whom the sleepers of the cave belonged; Jacob went to Jerusalem; Bartholomew went to the lands of Arabia, specifically Al-Hijaz; Simon who went to the Barbarians; Judas and Barthas who went to Alexandria and its surrounding regions.

Allah supported them (the apostles) with evidence so that they prevailed (thahirin) meaning they became the party with the upper hand. Just as it is said, “An object appeared on the wall” meaning it is clearly visible (alu-wat) on the wall. Allah, who is glorified and exalted, knows the truth better and to Him is the return and retreat.

Among the apostles, and the followers who came after them were the Apostle Peter and Paul who was a follower and not an apostle; they went to Rome. Andrew and Matthew were sent to the country whose people are man-eaters, a land of blacks, we think; Thomas was sent to Babylonia in the east, Philip to Qayrawan (and) Carthage, that is, North Africa. John went to Ephesus, the city of the youths of the cave, and James to Jerusalem, that is, Aelia. Bartholomew was sent to Arabia, namely, the Hijaz; Simeon to the land of the Berbers in Africa. Judas was not then an apostle, so his place was taken by Ariobus. He filled in for Judas Iscariot after the latter had perpetrated his deed.

Thus, Al-Qurturbi, Al Tabari, and Ibn Ishaq all are led to praise the apostle Paul as a direct consequence of these verses.

There are several independent historiographical reasons for thinking that Paul’s teaching was approved by the original disciples of Jesus. Among them are the following:

Reason 1: Individuals in the early church, who are likely to be associated with the apostles (Polycarp, Clement, and Ignatius) speak approvingly of his letters.

Reason 2: Never do the early church show knowledge of a fundamental dissension between Paul and Peter on matters pertinent to Christology and the nature of God, even though they often mention him alongside the apostle Peter.

Reason 3: Paul tells us in Galatians 2 that he went up to Jerusalem with Barnabus to confirm that the gospel he was preaching to the gentiles was the same as theirs. It is unlikely that he made this story up in order to support his own apostolic authority – because in the same chapter he also mentions the dispute that happened between Paul and Peter regarding circumcision when Peter came to Antioch.

Reason 4: Paul makes a disinterested comment about the Apostle James in Galatians 1:18-19:

18Then after three years I went up to Jerusalem to visit Cephas and remained with him fifteen days. 19 But I saw none of the other apostles except James the Lord’s brother.

Notice the disinterested off the cuff remark from Paul about James. If Paul was a false Apostle inventing stories we would not expect him to just mention James in passing without making a point. The fact that Paul merely mentions James in this off the cuff way persuades historians that Paul was recalling real events about his association with the early church and Apostles.

9 For I am the least of the apostles, unworthy to be called an apostle, because I persecuted the church of God. 10 But by the grace of God I am what I am, and his grace toward me was not in vain. On the contrary, I worked harder than any of them, though it was not I, but the grace of God that is with me. 11 Whether then it was I or they, so we preach and so you believed.

Paul thus appears to endorse the other apostles and even goes so far as to say that he considers himself less than the least of them. Paul seems to assume that the Corinthian Christians also believed his message to be consistent with the other apostles. This strongly suggests that Paul and the other apostles were generally in agreement on the core matters of the faith.

Paul’s theology was radically at odds with core Islamic teaching, since Paul affirmed not only the deity of Christ, but also the crucifixion and resurrection (all of which are expressly rejected by Islam).

For the purposes of argument, I will only appeal to the non-disputed works of Paul, works that all Christian and non-Christian historians unanimously grant were written by him.

In Philippians 2:5-11, Paul quotes what is likely an early Christian hymn:

“5 Have this mind among yourselves, which is yours in Christ Jesus, 6 who, though he was in the form of God, did not count equality with God a thing to be grasped, 7 but emptied himself, by taking the form of a servant, being born in the likeness of men. 8 And being found in human form, he humbled himself by becoming obedient to the point of death, even death on a cross. 9 Therefore God has highly exalted him and bestowed on him the name that is above every name, 10 so that at the name of Jesus every knee should bow, in heaven and on earth and under the earth, 11 and every tongue confess that Jesus Christ is Lord, to the glory of God the Father.”

The crucifixion of Jesus is already starkly at odds with Islamic theology (see Surah 4:157-158). Furthermore, there are at least three reasons why this text teaches the deity of Christ:

Reason 1: It says that Christ was “in the form of God” and then “took the form of a servant” – he is thus putting the two in the same category, since he uses the greek word morphé (meaning “form”) in both clauses.

Reason 2: The context of the passage instructs us to emulate the humility of Christ. But it is no act of humility on the part of a creature to not seek to be God.

To take one further example, Paul appears to expand upon the shema (from Deuteronomy 6:4) in 1 Corinthians 8:6, identifying Jesus Christ as Lord of the shema:

This suggests, by extension, that the disciples of Jesus likewise affirmed the deity of Christ. It also seems unlikely that they would have reached such a radical conclusion had Jesus not himself identified Himself in this way, especially given (1) the Jewish Messianic expectations; (2) The Jewish concept of God; and (3) the connotations of crucifixion to a Jew.

To conclude, there is no reason to think that Jesus’ disciples were Muslims as the Qur’an contends and every reason to think otherwise. This presents yet another formidable challenge to the Islamic religion and gives even more rational warrant for its rejection.

1 thought on “How Does Paul’s Relationship with the Jerusalem Church Present a Problem for Islam?”