Does Paul’s Identification of Christ as the “Wisdom of God” Mean Christ is a Created Being? 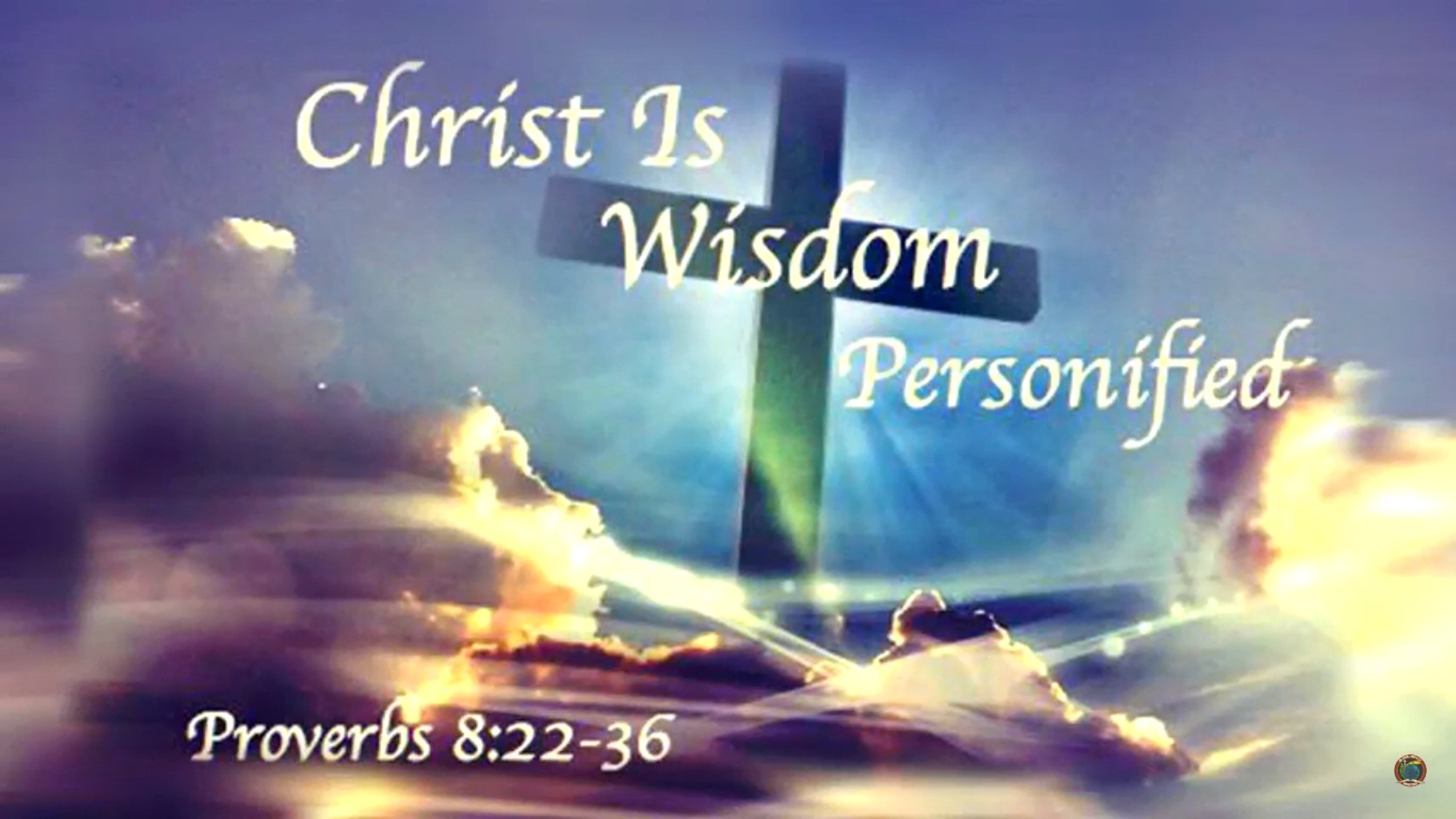 The Apostle Paul, in 1 Corinthians 1:24, identifies Christ as “the power of God and the wisdom of God.” Is Paul here identifying Christ with the personification of wisdom that we find in Proverbs 8? If he is, does this entail that, in Paul’s theology, Christ is a created being? After all, Proverbs 8:22-24 asserts that,

This is a popular argument with Jehovah’s witnesses against the deity of Christ.

One might also argue that Jesus self-identifies as the Wisdom of God. In Matthew 23:34, Jesus says,

Therefore I send you prophets and wise men and scribes, some of whom you will kill and crucify, and some you will flog in your synagogues and persecute from town to town.

Therefore also the Wisdom of God said, ‘I will send them prophets and apostles, some of whom they will kill and persecute,’

Does this, then, present a problem for the orthodox Trinitarian who believes Christ to be eternal? Not at all. Allow me to demonstrate why.

Take a look at verse 22. The Hebrew text says that Yah-weh qanani (in English, “Yahweh possessed me”). The word qanah can mean to buy, get, acquire, possess, create, give birth, beget etc.

Ages ago I was set up, at the first, before the beginning of the earth.

Note that wisdom was set up from eternity before the world began.

Thus, again, we learn that Wisdom was brought forth in eternity before creation. The word used for “I was brought forth” is cholalati. If one consults the lexicon, it means to writhe, to give birth in labor pains. Thus, Wisdom is describing itself as having been born from/out of someone.

The text is using birth imagery. Thus, in light of 22, where the verb qanah is used, this means that Yahweh beget or gave birth to wisdom. Note that this is different from saying that he created wisdom ex nihilo.

Now Adam knew Eve his wife, and she conceived and bore Cain, saying, “I have gotten a man with the help of the Lord.”

Again, in the Hebrew, the verb “I have gotten” is qaniti — the very same word we saw in Proverbs 8! Note also that Eve says that she qanah a man from the Lord after giving birth to Cain. Now, did Cain exist before Eve qanah-ed him? Of course he did. She qanah-ed Cain when she bore him. But this was nine months after Cain was conceived. Thus, Cain already existed from nine months before he was qanah-ed by Eve.

Thus, when Wisdom says in Proverbs 8 that Yahweh qanah-ed her, and that she was born in labor pains, before creation, from eternity, that means Wisdom was already existing in someone’s womb metaphorically-speaking in eternity before creation — and came forth from that womb at the point when God wanted to use it to create all things. Thus, it is a metaphorical description of Yahweh bringing forth his own eternal wisdom in order to use it to create all things.

But let’s press further. Where does Wisdom come from? Take a look at Proverbs 2:6:

For the Lord gives wisdom; from his mouth come knowledge and understanding.

Thus, Wisdom, according to Proverbs, flows from the mouth of God Himself. So Wisdom was born out of the mouth of God. God gave birth to wisdom from out of Himself through His mouth.

One must distinguish between two kinds of creation. There is creation ex nihilo (out of nothing) and “creation” as begetting/birthing a “creation” that presupposes that the thing existed prior to its birth just like a child existed before it was born. Wisdom falls into the latter of those categories.

In conclusion, nowhere does Proverbs say that wisdom is a creation. Rather, wisdom is an eternal attribute residing with/in God from eternity that was then brought forth or birthed by God at the moment when God spoke creation into being.