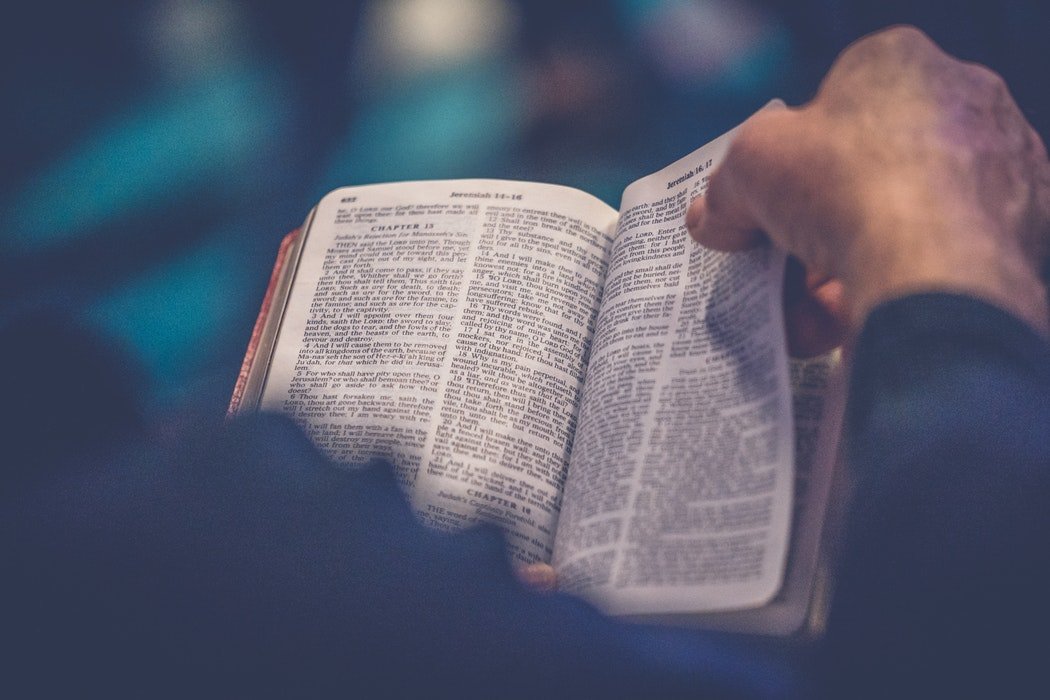 The dominant resolution to the synoptic puzzle in the academy today is the two-source hypothesis. This view holds that Mark was the first gospel to be composed, and that Matthew and Luke subsequently used Mark as a source, as well as a hypothetical sayings document dubbed ‘Q’ (from the German “Quelle”, meaning “source”). In his book Why Four Gospels: The Historical Origins of the Gospels, Second Ed. (Energion, 2001, 2010), New Testament scholar David Alan Black, of Southeastern Baptist Theological Seminary, challenges the accepted narrative and argues instead for a view resembling that put forward by the German scholar J.J. Greisbach (1745-1812), namely, that Mathew and Luke were used by Mark in composing his gospel, which was composed with the intention of being an abbreviated synthesis of those two earlier gospels. 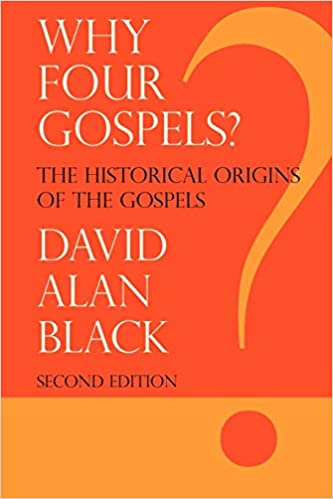 Black argues that the testimony of the patristics (which supports Matthean priority) is often not factored in to the scholarly assessment of the synoptic puzzle. Indeed, he observes, “Today the academic guild, both in Europe and North America, assumes that the patristic evidence is basically legendary and unreliable,” (p. 32). Modern scholars instead tend to focus exclusively on the internal evidence which, says Black, only reveals “how an existing text could have originated in more than one way.  But the decision as to which is the correct way requires the help of history, if it is to be reached at all,” (p. 37).

Black adduces four lines of internal evidence that are suggestive of Mark using Matthew and Luke rather than the reverse. First, Black observes Mark’s tendency to hop from Matthew to Luke and back again (what Black refers to as the ‘Zigzag phenomenon’). Second, there is the extra detail supplied by Mark. Black notes that “extra detail is more often than not a sign of lateness and dependence,” (p. 41). Third, on the conventional two-source hypothesis, it appears that “in some 180 cases Matthew and Luke…joined in leaving out identical phrases and sentences from the Gospel of Mark,” (p. 42). Fourth, Mark often conflates Matthew and Luke (an example of this is Mark 1:32, which conflates Mt 8:16 and Lk 4:40).

A concern I have about this volume is that, in discussing the patristic witness, Black relies on Josef Kürzinger’s re-reading of Papias’ use of the phrase Ἑβραΐδι διαλέκτῳ as “Hebrew style” as opposed to the Hebrew language. However, this reading is rather contrived. The modification of διαλέκτῳ with the name of an ethnic group and the use of the verb ἑρμηνεύω suggest strongly that a language is in view. Moreover, I have been unable to find a single case of the use of διαλέκτῳ to refer to anything other than language or dialect in the New Testament, Septuagint, apostolic fathers, pseudepigrapha, Josephus, or Philo.

A further concern is that Black does not deal adequately with some of the strongest internal evidences of Markan priority. For example, hard readings in Mark that are clarified in Matthew and Luke are taken by most scholars to suggest Markan priority (e.g. compare Mk 6:5-6 with Mt 13:58). Furthermore, Mark often introduces transliterated Aramaic words not present in Matthew (e.g. his use of the word Κορβᾶν in Mk 7:11) and then explains them in Greek (this practice makes little sense if Mark is dependent on Matthew). Black’s volume would also have benefitted from an interaction with Mark Goodacre’s work on editorial fatigue (1998, New Testament Studies 44 (1): 45–58). Another concern is that Black fails to acknowledge obvious rejoinders to the arguments he adduces for Markan posteriority. For example, in regard to the argument from Markan conflation of Matthew and Luke, there exist 39 cases where Matthew and Luke copy the same half of a Markan dualism (whereas in only 17 cases they select opposite halves). Thus, this phenomenon is probably explicable by chance.

In conclusion, while David Black is right to call scholars to factor the external evidence into the discussion of the synoptic puzzle, his oversights in this volume, in particular in relation to the internal evidence favoring Markan priority, left me feeling unconvinced.