Beyond the Shadow of a Doubt: The Passover as a Foreshadow of Christ 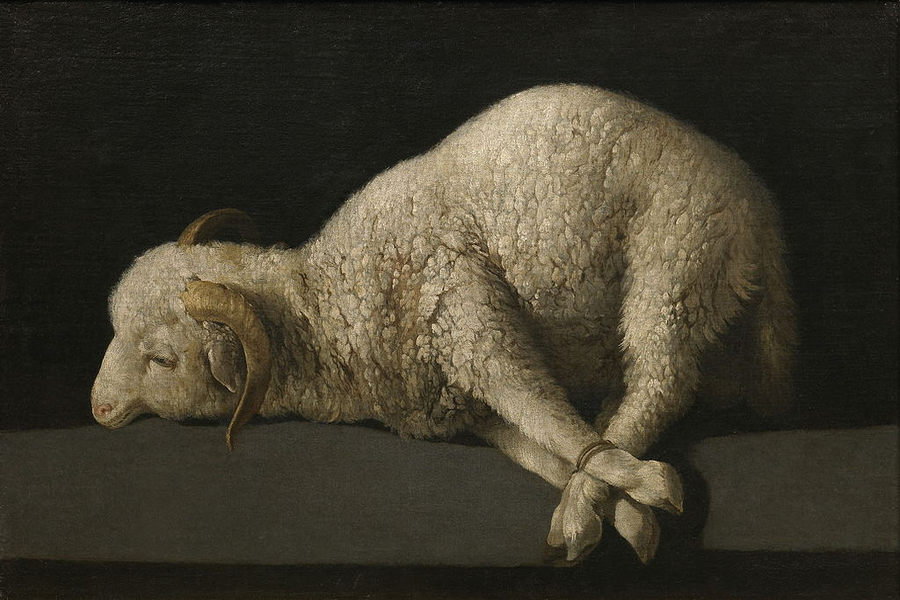 Some weeks ago, I posted an article on the Abraham affair as a foreshadow — a prototype — of the Gospel. As with most of the arguments for Christianity, the evidence from Old Testament foreshadows and prophecies is most compelling when taken as a cumulative argument. In other words, it becomes most convincing when many different examples are considered together. In this article, I want to consider another well-known example of this category of evidence: The Passover, an event which has been celebrated by Jews for thousands of years.

What is the Passover?

The festival of Passover is the retelling of the story of the nation of Israel, whereby they were redeemed by God from the harsh enslavement of Egypt. The full story can be read in the book of Exodus in the Bible. The focus of the celebration is a remembrance of the Passover lamb, which was sacrificed in order that the first born of every house might be spared from the wrath of God — which was death — as the Lord passed over the houses during the last and final of the ten plagues of Egypt. The slaughtered Lamb was to be eaten, and its blood smeared onto the doorposts of the houses as a sign of faith.

The animals you choose must be year-old males without defect, and you may take them from the sheep or the goats. Take care of them until the fourteenth day of the month, when all the members of the community of Israel must slaughter them at twilight. Then they are to take some of the blood and put it on the sides and tops of the doorframes of the houses where they eat the lambs. That same night they are to eat the meat roasted over the fire, along with bitter herbs, and bread made without yeast. Do not eat the meat raw or boiled in water, but roast it over a fire—with the head, legs and internal organs. Do not leave any of it till morning; if some is left till morning, you must burn it. This is how you are to eat it: with your cloak tucked into your belt, your sandals on your feet and your staff in your hand. Eat it in haste; it is the LORD’s Passover.

On that same night I will pass through Egypt and strike down every firstborn of both people and animals, and I will bring judgment on all the gods of Egypt. I am the LORD. The blood will be a sign for you on the houses where you are, and when I see the blood, I will pass over you. No destructive plague will touch you when I strike Egypt.

The Fulfilment of the Passover Lamb in Christ

When the lamb was roasted and eaten, none of its bones were to be broken (Exodus 12:46). It was customary during an execution by crucifixion to break the legs of the victim so that they were no longer able to push up against the cross and draw in breath, thus hastening their death by asphyxiation. But, in the case of Jesus, though they broke the legs of the other two men, they did not break Jesus’ legs because he was already dead (John 19:32-36).

On the day which we now celebrate as “Good Friday”, Jesus fulfilled the role of the Passover lamb. It also so happens to be the very day on which the Passover lamb was to be sacrificed. At the time of the sacrifice, the priest would traditionally blow his ram’s horn (known as the shophar) at 3pm. At this moment, the lamb would be slaughtered and the people of Israel would pause to meditate on the sacrifice for sins on behalf of God’s people. At 3pm on Good Friday, from the cross Jesus was heard to cry “It is finished”(Matthew 27:46-50; Mark 15:34-37; Luke 23:44-46). At that instant, the veil of the temple, which demarked the entrance to the Holy of Holies where the presence of God dwelt, was torn from top to bottom (Matthew 27:51; Mark 15:38; Luke 23:45), symbolizing the removal of the separation between God and man erected by our guilt and sin. It was torn from the top to the bottom to represent the fact that it was God — and not man — who had removed the barrier. According to Acts 2, fifty days later, on the anniversary of the giving of the Law (i.e. Pentecost), God left the earthly temple to inhabit believers through His Holy Spirit.

At sunset on the Friday, the festival of unleavened bread began. The Jews would take some of the grain — that is, the “first fruits” of their harvest — to the Temple to offer it as a sacrifice, thus offering God all they had and placing faith in Him to take care of the rest of the harvest. It was at this very point that Jesus was buried — planted in the ground — as he predicted just before His death (John 12:23-24). In 1 Corinthians 15:20, Paul writes that “Christ has indeed been raised from the dead, the firstfruits of those who have fallen asleep.” In so doing, Jesus symbolizes the fulfilment of God’s promise to provide the rest of the harvest — that is, the future bodily resurrection of those who are saved.

But it gets even more interesting still. Even the practices of the Passover dinner are loaded with symbolism. The Trinity is symbolized by the three matzahs which are put together. Jesus’ death and subsequent burial are symbolized by the breaking of the middle matzah (Jesus, recall, is the second person of the Trinity), which is subsequently wrapped in a white cloth and hidden. John 19:40 tells us, “And so they took the body of Jesus, and bound it in linen wrappings with the spices, as is the burial custom of the Jews.” Following the meal, the “buried” matzah is “resurrected”, thus symbolizing Christ’s resurrection.

At the end of Lord’s supper in which He instituted the communion ceremony, Jesus takes the unleavened bread and breaks it, stating that it is symbolic of His body. He says of the cup of wine (which would have been the third cup in the Passover meal) that it represents the new covenant in His blood which has been “poured out for you” (Luke 20:22).

Evidence for Jesus’ Death at the Time of Passover

How confident can we be that Jesus’ death did indeed occur at the time of the Passover? Firstly, a distinctly non-Christian source (the Jewish Talmud) states that,

On the eve of the Passover, Yeshua was hanged. For forty days before the execution took place, a herald went forth and cried, ‘He is going forth to be stoned because he has practiced sorcery and enticed Israel to apostasy. Anyone who can say anything in his favour, let him come forward and pleased on his behalf. But since nothing was brought forward in his favour, he was hanged on the eve of the Passover!

As an aside, many scholars believe that the Talmud is being sly at this point, deliberately misleading the reader while avoiding any outright prevarication that might run the risk of exposure. The Talmud does not state that Jesus was stoned, but states that He was hanged. This is a reference to the actual mode of execution. Acts 5:30 and Galatians 3:13 suggest that ‘hanged’ can be used synonymously with crucified. Why does the Talmud do this? Crucifixion was a mode of execution which the Jews under Roman rule never used, but which their overlords used routinely. The Romans were viewed by the Jewish populace as traitors, whereas their ancestors who had resisted Roman rule were hailed as heroes. The Talmud thus sidesteps any mention of crucifixion, not wishing to portray Jesus as a victim of the Romans, lest anyone view Him with sympathy and admiration. Conversely, there is no wish for the Jewish leaders to be portrayed as having resorted to collusion with the Romans in order to take him out.

We also have implicit support from Paul’s writings for the placing of Christ’s death at the time of Passover. Not only does Paul describe the Lord’s supper (which is, in effect, the Passover meal) in 1 Corinthians 11, but he also states in 1 Corinthians 5:7-8,

Get rid of the old yeast, so that you may be a new unleavened batch—as you really are. For Christ, our Passover lamb, has been sacrificed. Therefore let us keep the Festival, not with the old bread leavened with malice and wickedness, but with the unleavened bread of sincerity and truth.

In addition, all four gospels also mention that Jesus was killed at the time of Passover. Some readers may be wondering about the apparent discrepancy between John’s gospel and the synoptics concerning the specific timing of Jesus’ death. But this conundrum rapidly disappears when one considers that John writes in Roman times of day, whereas Mark wrote in Jewish times of day. The Roman times of day are just like English times (so the Third Hour is literally the third hour from midnight). The Jewish day, by contrast, begins at about 6pm of one day to 6pm of the next day.

To conclude, the Passover represents a profound prototype in the Jewish Scriptures which points — in virtually every dimension — towards Christ and the Gospel. Is this incident merely another fluke of “happy coincidence”, or could this be a pointer, set out by God Himself, as a sign by which we will know that He is the author of Scripture and the Grand Architect behind salvation? I encourage readers to view this excellent video, which summarizes the above points.

1 thought on “Beyond the Shadow of a Doubt: The Passover as a Foreshadow of Christ”